Skip to main content
Showing posts from March, 2019
View all

I Stop For A Beer After Attending Latin Mass One Hour Away......

Rabat- Welcome Ceremony And Meeting With The People Of Morocco

POPE FRANCIS MOROCCO DOOM! Will Pope Francis Be The First Pope To Die In A Plane Crash?

POPE FRANCIS WAS TRYING TO STOP THE SPREAD OF DISEASES! Reason For Pulling Away His Papal Ring From Faithful Who Tried To Kiss His Ring.......

WHO SAID IT? DUTERTE OR RAD TRADS? If All You Molesting Priests Were Killed Tonight, It Would Be A Better World

Having A BLAST In CHINA After Attending Latin Mass One Hour Away.....

I Pray For The Destruction Of The Airline Industry During Sunday Mass: Indonesian Airline Becomes The FIRST Carrier To Scrap Its 737 Max 8 Orders

Good Morning Everybody! Rad Trads Say The Church Is Following Jesus In His Passion...Just NOT The Part About Being Judged By TWO HIGH PRIESTS! WE STILL HAVE TWO POPES ~ Signed Mélanie

POPE FRANCIS DOOM? One Month After Pope Francis Visits UAE A Mystifying Circular Hole Appears In The Sky Above The City Of Al Ain...... 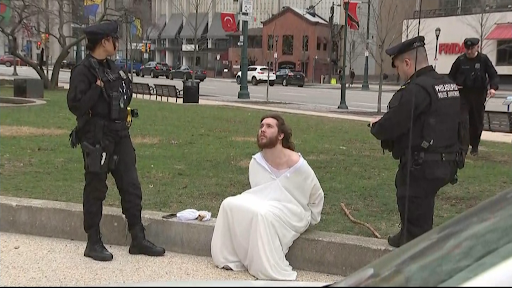 Another Rad Trad protesting.... ‘They Dragged My Feet’: ‘Philly Jesus’ Handcuffed, Kicked Out Of Philadelphia Archbishop Nelson Perez’s Installation Mass PHILADELPHIA (CBS) — A man who calls himself “Philly Jesus” was kicked out of the installation mass for new Philadelphia Archbishop Nelson Perez at the Cathedral Basilica of Saints Peter and Paul on Tuesday. Michael Dennis Grant says he was promptly escorted off the property in handcuffs after he made his way through the sea of people and up to the speakers.Officers told him he had to leave, which he refused, saying he is a citizen expressing his freedom of religion. Grant says he attends mass at the cathedral all the time and believes he was targeted because of how he was dressed. “They took me, they dragged my feet,” Grant said. “Took my ankles and dragged my hands like military-style like I was a terrorist. I was so embarrassed. All I did was sit in front of the Holy Sacrament.” Grant was given a citation for the incident. Sou… 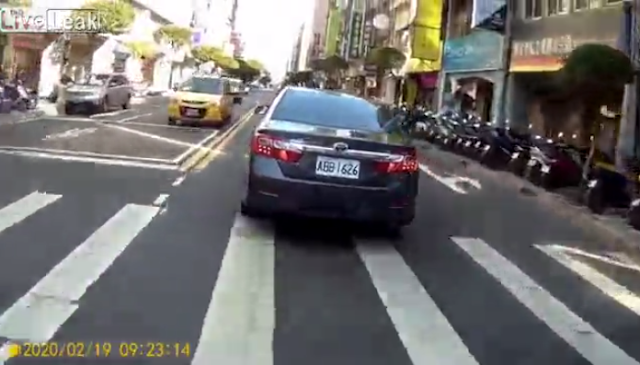 Driving One Hour To Latin Mass In Wuhan When This Happened...

UPDATE: If Every Wicked Heretic Had His Wicked Female Counterpart.....Who Does Reclusive Ann Barnhardt Belong To? ANSWER: Father Anthony Hannon

Ann Barnhardt Or Calvin's Bitch?
Update 17 FEBRUARY 2020 Finally an answer to the question - if every wicked Heretic had his wicked Female counterpart.....who does  Ann Barnhardt belong To?
What's his name?
Jerome said that every Heretic has his female companion. Simon Magus had his Helene.Nicolaus his tropes of women.Maricon, his Minion, sent before him to Rome.Montanus, his Prisca & Priscilla.Ptolomeus, his Flora.Apelles, his Philomela.Arius, the Emperor’s sister.Donatus, his rich Sucilla.Elpidus, his Agape.Priscilianus, his Galla. All prophetesses of like spirit with the prophets, all hands and helpers to divulge their heresies. So in these our later days, every new master had his mistress, and every Preacher his partner, all participant of the same spirit; thus had... Dulcinus his Margaret.Luther his Catherine.Calvin his Ideletta Stordeur de Bure.Beza his Candida. and every new Doctor, as Carolostadius, Oecolampadius, Bucerus, Martyr, Sanctius (and who not?) every one hi…

I Drive One Hour To Latin Mass While She Nervously Sits Home And Chain Smokes..... 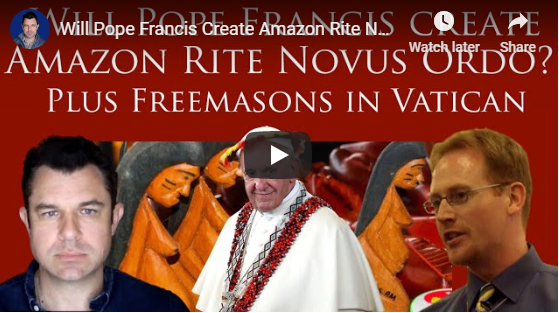 “Evil books will be abundant on earth and the spirits of darkness will spread everywhere a universal slackening of all that concerns the service of God. They will have great power over Nature: there will be churches built to serve these spirits. People will be transported from one place to another by these evil spirits, even priests, for they will not have been guided by the good spirit of the Gospel which is a spirit of humility, charity and zeal for the glory of God. On occasions, the dead and the righteous will be brought back to life. (That is to say that these dead will take on the form of righteous souls which had lived on earth, in order to lead men further astray; these so-called resurrected dead, who will be nothing but the devil in this form, will preach another Gospel contrary to that of the true Christ Jesus, denying the existence of Heaven; that is also to say, the souls of the damned. All these souls will appear as if fixed to their bodies). Our Lady of La Salette 19 Se… 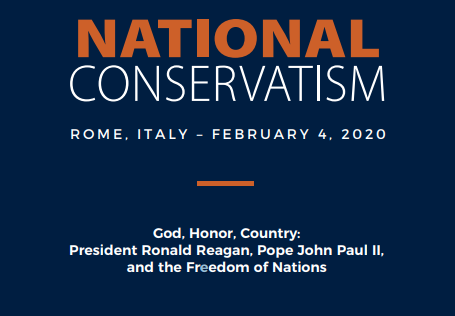 “A forerunner of the Antichrist, with his troops gathered from several nations, will fight against the true Christ, the only Saviour of the world. He will shed much blood and will want to annihilate the worship of God to make himself be looked upon as a God. Our Lady of La Salette 19 Sept. 1846 (Published by Mélanie 1879)
Our Lady said that the forerunner to the Antichrist will be a Nationalist and his soldiers will be Nationalists.

The forerunner to the Antichrist didn't speak - just sat in attendance...

ROME – European and American nationalists attending a conference Tuesday in Rome cheered Brexit, warned of left-wing “totalitarianism” and waxed nostalgic about St. John Paul II's papacy and the “glorious revolution” that brought down communism.
The second annual National Conservatism Conference had “God, Honor, Country” as its theme. Rising right-wing stars from Italy and France were keynote speakers, and conservative Hungarian Prime Minister Viktor Orban closed out the me…