POPE FRANCIS DOOM? One Month After Pope Francis Visits UAE A Mystifying Circular Hole Appears In The Sky Above The City Of Al Ain...... 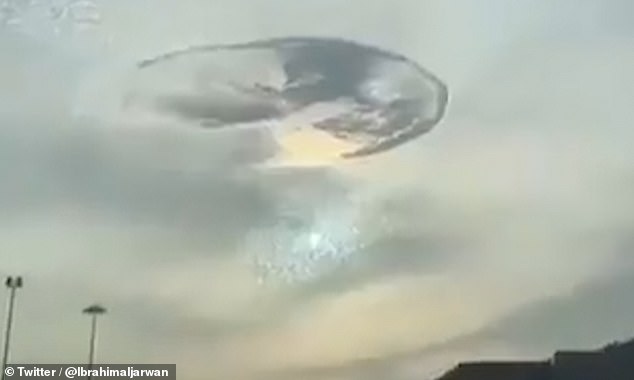 Pope Francis paid a visit to the UAE in February

One month later an astonishing wonder took place in the sky over the UAE:

'It's as if God threw a stone into a lake': Mystifying circular ‘hole in the sky’ stuns UAE

UAE citizens were left baffled after a mysterious 'whirlpool hole' suddenly appeared in the sky above the city of Al Ain this weekend. The large circular patch of clear sky emerged inside the otherwise heavy cloud near the border with Oman, as if somebody had punched a hole in the atmosphere. Astronomer and meteorologist Ebrahim Al Jarwan posted a short video clip of the hole on Twitter, adding that the 'rare and beautiful' sight was referred to as a 'Fallstreak hole' or 'hole punch cloud'. One user replied that it looked as as if 'God has thrown a stone into a lake', while others pondered whether the strange phenomenon had been caused by an extra terrestrial UFO. Source