A numbers of students are facing punishment after a statue of the Virgin Mary was deliberately smashed at the University of St. Thomas in St. Paul last week. That's according to President Julie Sullivan and Provost Richard Plumb, who issued a statement about the "religious vandalism" that occurred at the university's Ireland Hall student residence. The statue, which according to the statement has "stood in Ireland Hall for years," was moved and "ultimately purposefully dropped and shattered." "This statue holds great significance to our Catholic faith, which is the heart of this university," Sullivan and Plumb wrote. "The destroying of a holy object of any religion is a grave act of disrespect and is completely inconsistent with St. Thomas’ values and convictions." The students responsible were identified following an investigation and the release of emails "denouncing the act" that were sent to the student body. Source

Muslims Set Fire To Nantes Cathedral: The Rwandan Catholic Refugee Suspect Has Been Released Without Charge.

Churches will be locked up or desecrated. Our Lady of La Salette 19 Sept. 1846 (Published by Mélanie 1879)
The Church will yield to large persecution, a time of darkness and the Church will witness a frightful crisis. Our Lady of La Salette 19 Sept. 1846 (Published by Mélanie 1879)
I originally said that Muslims set fire to the Cathedral.
Then the story broke that the authorities had in custody a Rwandan Refugee who volunteered at the church.
Rwandan?
Funny most Rwandans are Catholic.
So I knew he wasn't a Muslim.  There are very few Muslims in Rwandan.
Now the authorities announce that the Rwandan has been released.
So back to the original thought - it was Muslims who set fire to the Cathedral. Police release volunteer questioned over Nantes Catholic cathedral fire A volunteer questioned by French police in connection with the fire at Nantes Cathedral has been released without charge. The 39-year-old Rwandan refugee was detained following the July 18 fire at the Gothic cathe… 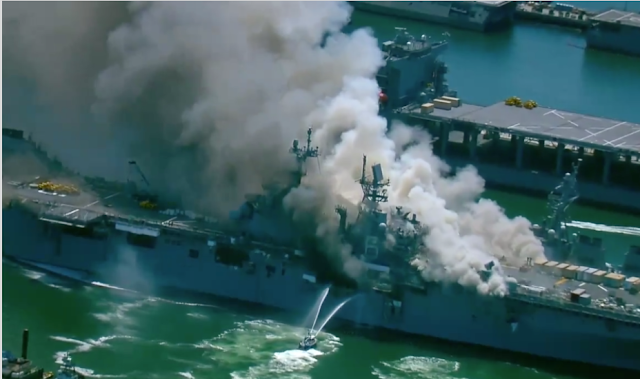 USS Bonhomme Richard  12 JULY 2020 12 NOON ROME On the second Sunday in July the International Day of the Sea is observed. Recalling the celebration at the Sunday Angelus, Pope Francis extended “an affectionate greeting to all those who work at sea, especially those who are far from their loved ones and their country.”
Sea Sunday
Sea Sunday is an annual event which remembers seafarers in prayer and for the vital work they do.
This year has been one like no other, and many Christian Churches are asking people to spare a thought for the sacrifices those at sea have been making during the Covid-19 pandemic.Source THEN THIS USS Bonhomme Richard 12 JULY 2020 8:51 AM PACIFIC 5:51 PM ROME  BREAKING: Sailors Injured, Explosion Reported in USS Bonhomme Richard Fire Sailors have been hurt in a fire aboard amphibious warship USS Bonhomme Richard (LHD-6) that’s docked the pier at Naval Base San Diego, Calif., local officials said on Sunday. According to the San Diego Fire Department, several sail…

Russian ODAB-500PMV Fuel-Air-Explosive Bomb
The Holy Father passed through a big city half in ruins and half trembling with halting step, afflicted with pain and sorrow, he prayed for the souls of the corpses he met on his way; having reached the top of the mountain, on his knees at the foot of the big Cross he was killed by a group of soldiers who fired bullets and arrows at him, and in the same way there died one after another the other Bishops, Priests, men and women Religious, and various lay people of different ranks and positions. Beneath the two arms of the Cross there were two Angels each with a crystal aspersorium in his hand, in which they gathered up the blood of the Martyrs and with it sprinkled the souls that were making their way to God. The third part of the secret revealed at the Cova da Iria-Fatima, on 13 July 1917.
ODAB-500PMV FAE bomb
The ODAB-500PMV fuel-air-explosive bomb is designed to engage industrial facilities, soft-skinned targets, manpower, and clear anti-per… 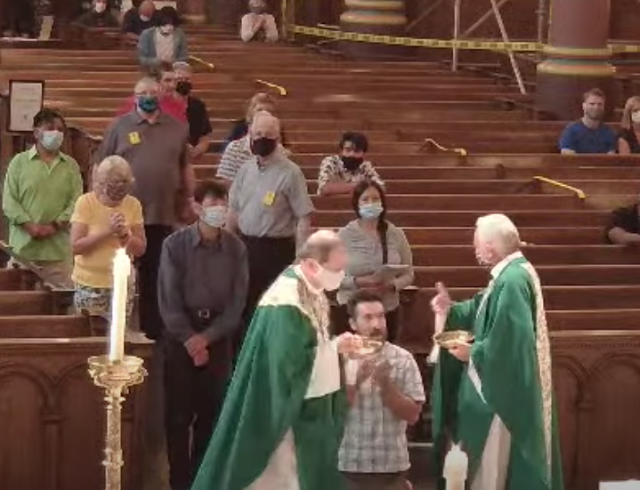 Yes, Bishop Of Salt Lake City Oscar A. Solis Is Asking Vengeance, And Vengeance Is Hanging Over His Head: Salt Lake City’s Bishop And Its Cathedral’s Pastor Denied A Catholic Holy Communion On The Tongue. 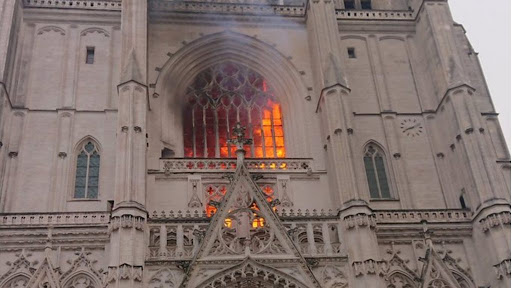 Churches will be locked up or desecrated. Our Lady of La Salette 19 Sept. 1846 (Published by Mélanie 1879)
The Church will yield to large persecution, a time of darkness and the Church will witness a frightful crisis. Our Lady of La Salette 19 Sept. 1846 (Published by Mélanie 1879)  Fire at French cathedral in Nantes destroys famed organ NANTES, France (AP) — French officials launched an arson inquiry Saturday after a fire broke out in the famed Gothic Cathedral of St. Peter and St. Paul of the western French city of Nantes. The blaze destroyed the organ, shattered stained glass windows and sent black smoke spewing from between the cathedral towers.
Residents and tourists watched aghast, and emergency workers cordoned off the area around the monument, in the historical center of this city on the Loire River.
A City Hall official said the fire broke out Saturday morning inside the cathedral, and the cause is unclear. The official is not authorized to be publicly named. No injuries ha…