Our Lady Of La Salette On Tranny Cameron David Storer aka "Nicolette Fait" (she/her) Hearing Voices Telling Him To Burn Down Korean Church In Portland.... 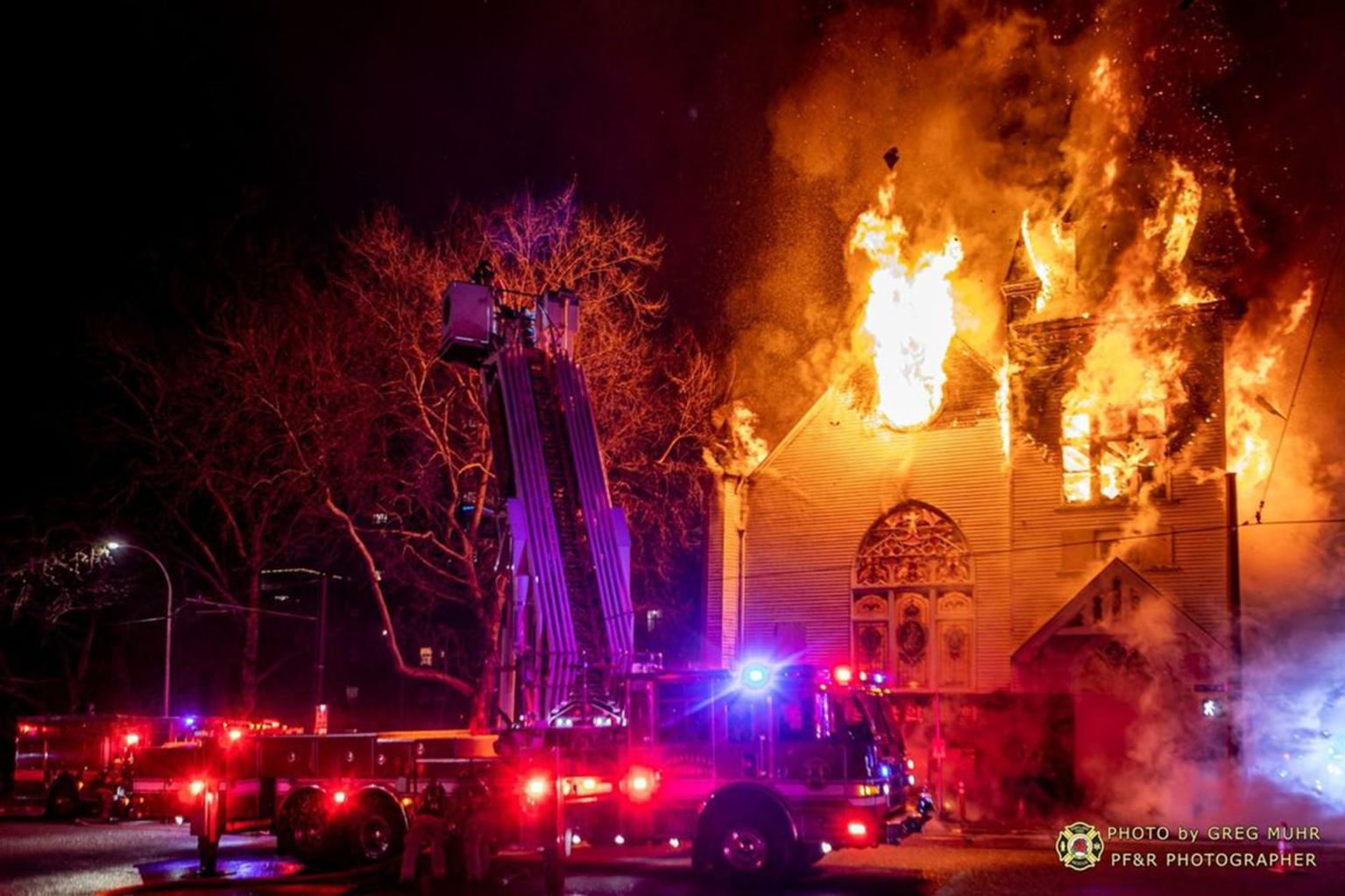 Voices will be heard in the air. Men will beat their heads against walls, call for their death, and on another side death will be their torment. Blood will flow on all sides. .Our Lady of La Salette 19 Sept. 1846 (Published by Mélanie 1879)
More to come of those who will hear voices in the air....
Arson attack destroys 117-year-old church in latest symbol of Portland mayhem
An arson attack that destroyed a 117-year-old church in downtown Portland, Oregon, this week has become a symbol of disorder in the city. Cameron David Storer, a trans woman also known as “Nicolette Fait,” was arrested following an investigation by the Portland Fire & Rescue Fire Investigations Unit. The 27-year-old is charged with two counts of first-degree arson, one count of second-degree arson, and two counts of second-degree burglary — all felonies. According to prosecutors, Storer walked into the Multnomah County Detention Center and confessed to setting the church on fire using a lighter. “Storer stated that they heard voices in their head saying they would ‘mutilate’ Storer if they did not burn the church down and that they had planned it up to one day in advance,” said the Multnomah County District Attorney’s Office in a press release. Storer allegedly told investigators she was taking oxycodone and had a history of mental illness. Fire crews responded to sky-high flames that had consumed the historic Portland Korean Church in downtown around 5:30 p.m. Jan. 3. The Protestant church was built in 1905 and was previously known as the First German Evangelical Church. The church had remained unused for a number of years after its congregation moved to a suburb. Source