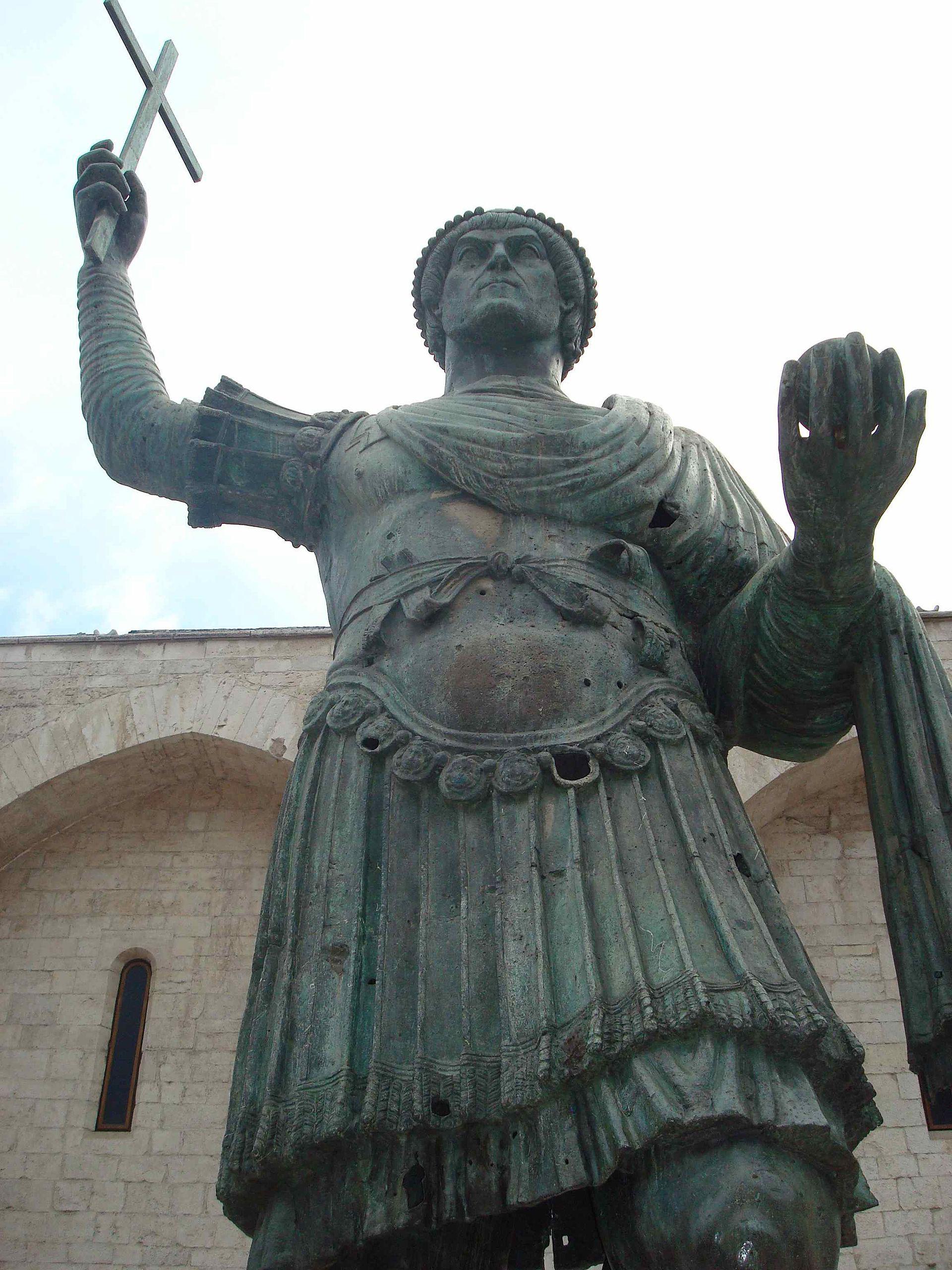 Emperor leaves his arms of war at the door as should you.
Memorable is the example of the Emperor Theodosius II,  who would never enter into the Church to hear Mass with his Arms or Crown, but left them at the door; alleging that such Reverence ought to be given to such places, wherein the divine Majesty of God did more especially shine. St. Martin did behave himself in the Church with so great Reverence and Devotion, that he was never seen to sit there, but always to kneel or stand with trembling and pale fear, being demanded the cause thereof, he answered, shall I not fear and tremble, knowing that I stand before God. St. Gregory Nazianzen relates of his Mother, that her veneration to the Churches was so great, that her voice was never heard therein; but in silence she honored the Holy Mysteries, and that she never turned her back to the Altar, nor ever sit in those divine places. From:  Angelus à Sancto Francisco, 1601-1678
You afraid that your parish will be attacked during the Holy Sacrifice of the Mass?
Then you should stand outside with your guns and defend those inside.
But you won't.
Because you belong to the camp of the Forerunner to the Antichrist as Our Lady foretold at Fatima and La Salette...
ARCHBISHOP VIGANO IS THE TWO FACE NAPOLEON: