Good Morning Everybody! It's AUGUST 2022! Will China Shoot Down Nancy's Plane? And Yes We Still Have TWO POPES! ~ Signed Mélanie 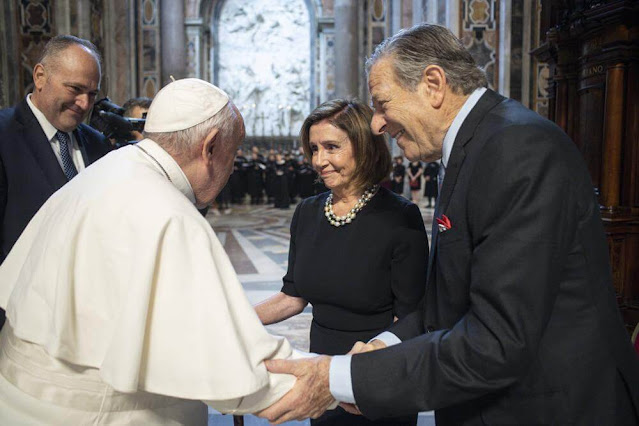 House Speaker Nancy Pelosi reportedly received communion during a Papal mass in Rome on Wednesday, a move that comes after an archbishop in San Franscico moved to deny her the sacrament over her pro-abortion views. The Associated Press reported that Pelosi was seated in a special VIP section of St. Peter's Basilica. According to witnesses who spoke to the outlet, the top House Democrat later received communion along with the rest of the congregants at the service. The AP reported that Pope Francis did not preside over communion himself, which fits his broader approach of trying to avoid the political fights that have ensued over one of the pillars of the Catholic faith and Christianity. Francis met privately with Pelosi, per the AP. A spokesperson for the House speaker's office did not immediately respond to a request for comment. The Vatican released a photo of the Pope greeting Pelosi and her husband, Paul. Source