Forecast For Rome? Not A Cloud In The Sky....Promised Rain Dance Didn't Help

After Francis’ Canada Trip: Rain Dance for Italy
Without the usual gloating that goes with “reporting” on the Church, IlMessaggero.it (July 28) writes that Tony Alexis, a fifth-generation Sioux chief, promised a “rain dance” for Italy which is suffering from high temperatures and a drought. Alexis is described as a “very influential man on a national level” who signed the treaty with the Canadian regime and came to Rome in April to invite Francis to Canada. "We have many prayers to invoke rain and through a special ceremony we implore water from the sky,” Alexis explains, “It is a powerful ritual in which we pray deeply.” Alexis will personally “pray” for rain for Italy by invoking “the spirit that is behind the water.” He explains that “you have to pray in that direction (pointing his hand to the horizon), where eagles usually fly and where thunder is kept". When asked if he has read Francis' Laudato Sì, Alexis is evasive. Source 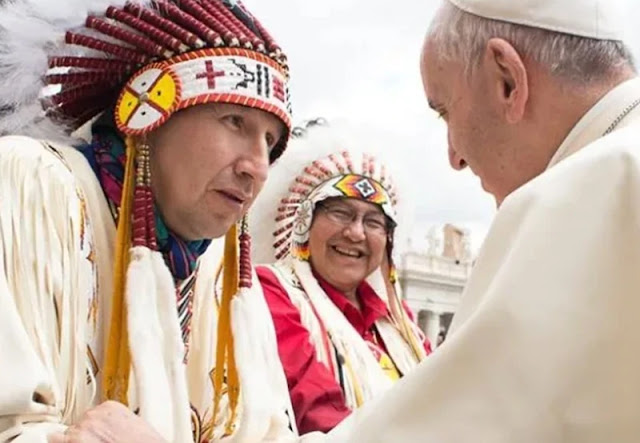