Pope Francis Entrusts Apostolic Journey To Canada To Our Lady 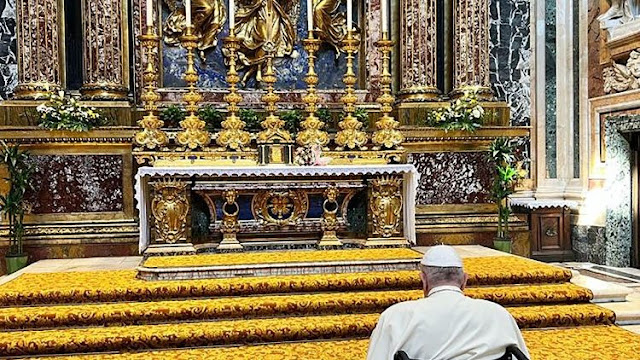 Pope Francis entrusts Apostolic Journey to Canada to Our Lady
Pope Francis places his Apostolic Journey to Canada into the hands of Our Lady, praying before the icon of Mary, Salus Populi Romani, in the Basilica of Saint Mary Major.
Two nights before Pope Francis's 37th Apostolic Journey abroad, he went as is his custom to the Roman Basilica of Saint Mary Major to entrust his visit to Our Lady, according to a statement from the Holy See Press Office. Pope Francis will depart Rome on Sunday morning, arriving in Canada around 9:00AM local time.
Penitential pilgrimage
On Sunday during his Angelus, the Holy Father described his journey to Canada as a "penitential pilgrimage", that will hopefully contribute to a process of healing and reconciliation with the country’s indigenous peoples.During the 24-30 July Visit, the Pope will make stops in Edmonton, Quebec, and the northern city of Iqaluit. In each of these places, at the heart of the Holy Father's visit, will be the desire to "meet and embrace the indigenous peoples”, as he announced during his Angelus of 17 July, explaining that “Unfortunately, in Canada, many Christians, including some members of religious institutes, have contributed to the policies of cultural assimilation that, in the past, have severely harmed indigenous communities in various ways." The Pope’s Journey comes in response to invitations he received from the Church and the civil authorities in Canada, and from Canada’s indigenous peoples themselves. Live coverages begins on Monday morning, 10:00AM local time, with a meeting with the country's indigenous populations in Maskwacis. Source 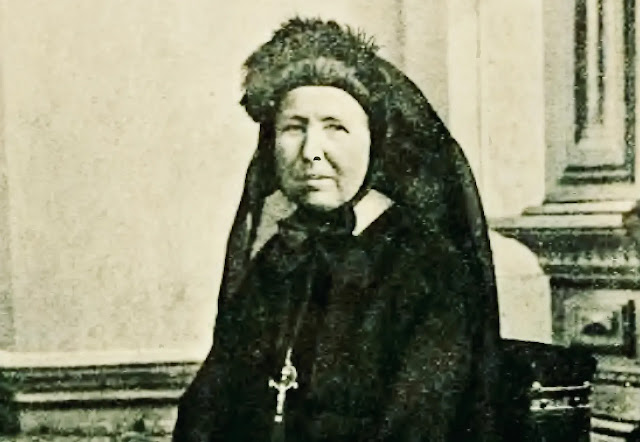