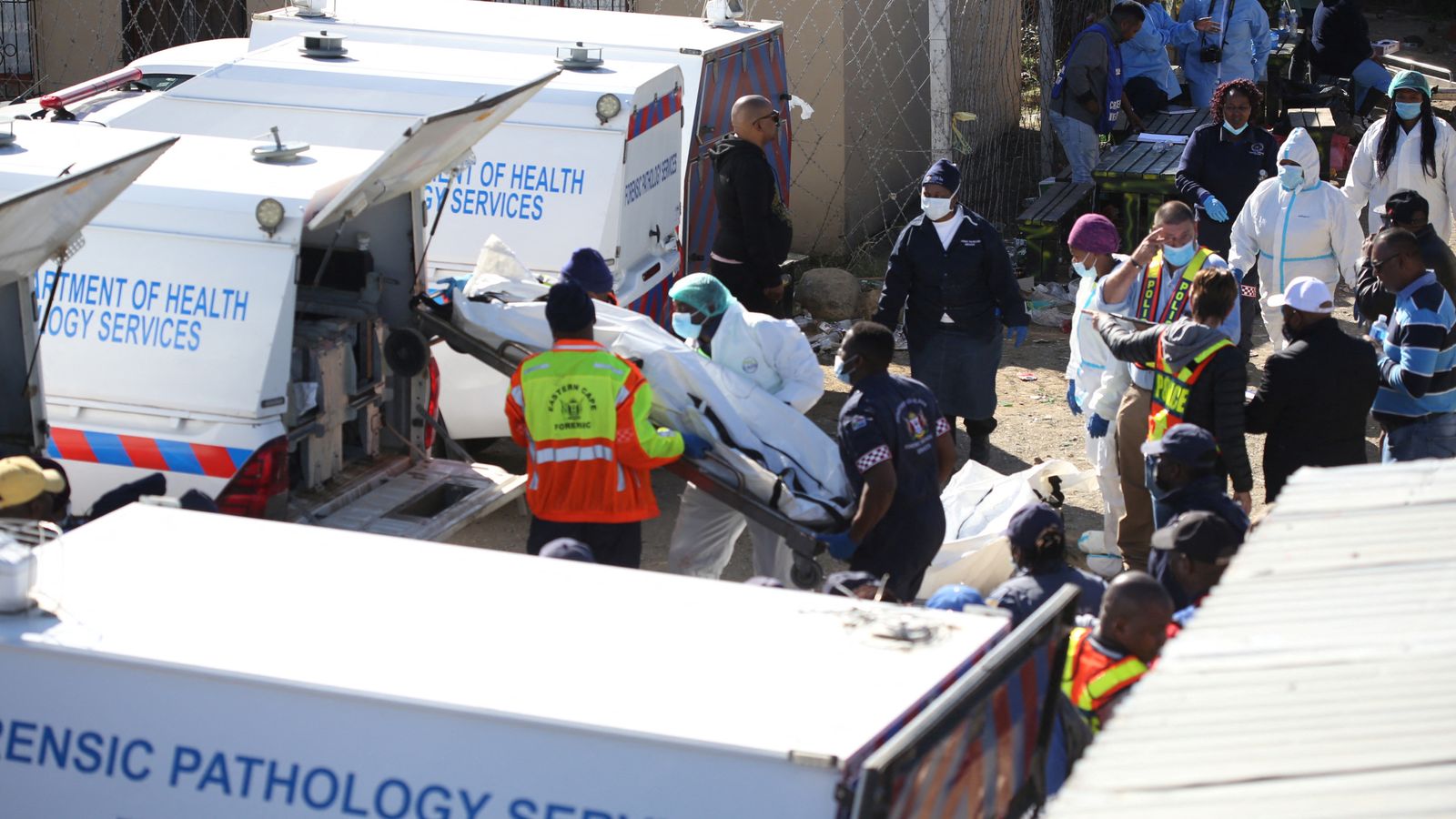 The earth will be struck by calamities of all kinds (in addition to plague and famine which will be wide-spread).  Our Lady of La Salette 19 Sept. 1846 (Published by Mélanie 1879)
There will be bloody wars and famines, plagues and infectious diseases. Our Lady of La Salette 19 Sept. 1846 (Published by Mélanie 1879)
At least 22 people are reported to have been found dead at a nightclub in South Africa.
Emergency services were called in the early hours of Sunday to the Enyobeni Tavern in Scenery Park, on the edge of East London, Eastern Cape province, according to the Daily Dispatch news site. Eastern Cape police spokesperson Brigadier Tembinkosi Kinana told the Newzroom Africa rolling news channel in the country that young people were among the dead. Reuters reported him saying they were aged between 18 and 20, but there are also reports they may have been younger, with AP saying they were reportedly attending a party to celebrate the end of winter school exams. Siyanda Manana, a spokesperson for the Eastern Cape provincial health department, told Reuters: "We are going to immediately be embarking on autopsies so we can know the probable cause of death. We are talking 22 bodies right now." AP said police were investigating the deaths of at least 20 but reporters at the Daily Dispatch newspaper had earlier said the death toll could be as high as 22. Another five people have been taken to hospital, according to local broadcaster eNCA. Source