My CIA Helper Monkey Mojo Was Shot Dead In Mexico: Mojo Was My Embedded Spy In Michoacana Cartel 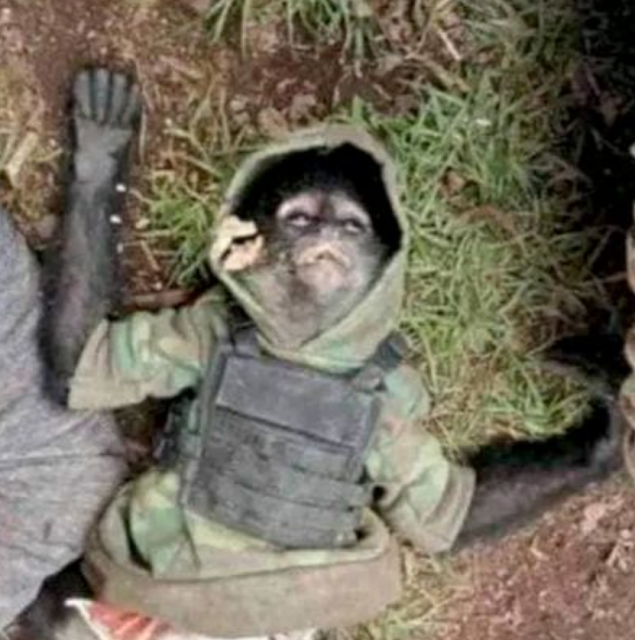 At least ten suspected criminals in Texcaltitlan were gunned down while ten others were arrested by police. According to the state Attorney General’s Office (FGJ), a “heavily armed group” attacked security officers during an operation 60 miles southwest of Mexico City. Officers from the FGJ’s office and the National Guard gunned down alleged members of Mexico’s La Familia Michoacana cartel while in pursuit of the cartel leader. Officers responded with “legitimate force,” the FGJ said, when the heavily armed cartel members attacked them on the Toluca-Texcaltitlan highway. One unexpected casualty was a pet monkey dressed in a bulletproof vest and a camouflaged jacket. The monkey was found dead with his arms wrapped around his 20-something-year-old owner who also died during the shootout. The images of the “hitman” monkey circulated online, with many members of the public believing the photos to be fake—but they’re real, police have confirmed. The monkey was most likely trafficked by the drug gang, considering it’s classified as endangered by the International Union for Conservation of Nature (IUCN). The spider monkey was also wearing a diaper. Source