How Witches Injure Cattle In Various Ways: Thousands Of Dead Cows In Kansas

dxv515 June 16, 2022
Malleus Maleficarum Part 2 Chapter XIV Here followeth how Witches Injure Cattle in Various Ways.
When S. Paul said, Doth God care for oxen? he meant that, though all things are subject to Divine providence, both man and beast each in its degree, as the Psalmist says, yet the sons of men are especially in His governance and under the protection of His wings. I say, therefore, if men are injured by witches, with God's permission, both the innocent and just as well as sinners, and if parents are bewitched in their children, as being part of their possessions, who can then presume to doubt that, with God's permission, various injuries can be brought by witches upon cattle and the fruits of the earth, which are also part of men's possessions? For so was Job stricken by the devil and lost all his cattle. So also there is not even the smallest farm where women do not injure each other's cows, by drying up their milk, and very often killing them.
But first let us consider the smallest of these injuries, that of drying up the milk. If it is asked how they can do this, it can be answered that, according to Blessed Albert in his Book on Animals, milk is naturally menstrual in any animal; and, like another flux in women, when it is not stopped by some natural infirmity, it is due to witchcraft that it is stopped. Now the flow of milk is naturally stopped when the animal becomes pregnant; and it is stopped by an accidental infirmity when the animal eats some herb the nature of which is to dry up the milk and make the cow ill.
But they can cause this in various ways by witchcraft. For on the more holy nights according to the instructions of the devil and for the greater offence to the Divine Majesty of God, a witch will sit down in a corner of her house with a pail between her legs, stick a knife or some instrument in the wall or a post, and make as if to milk it with her hands. Then she summons her familiar who always works with her in everything, and tells him that she wishes to milk a certain cow from a certain house, which is healthy and abounding in milk. And suddenly the devil takes the milk from the udder of that cow, and brings it to where the witch is sitting, as if it were flowing from the knife.
But when this is publicly preached to the people they get no bad information by it; for however much anyone may invoke the devil, and think that by this alone he can do this thing, he deceives himself, because he is without the foundation of that perfidy, not having rendered homage to the devil or abjured the Faith. I have set this down because some have thought that several of the matter of which I have written ought not to be preacher to the people, on account of the danger of giving them evil knowledge; whereas it is impossible for anyone to learn from a preacher how to perform any of the things that have been mentioned. But they have been written rather to bring so great a crime into detestation, and should be preached from the pulpit, so that judges may be more eager to punish the horrible crime of the abnegation of the Faith. Yet they should not always be preached in this way; for the secular mind pays more attention to temporal losses, being more concerned with earthly than spiritual matters; therefore when witches can be accused of inflicting temporal loss, judges are more zealous to punish them. But who can fathom the cunning of the devil?
I know of some men in a certain city who wished to eat some May butter one May time. And as they were walking along they came to a meadow and say down by a stream; and one of them, who had formed some open or tacit pact with the devil, said: I will get you the best May butter. And at once he took off his clothes and went into the stream, not standing up but sitting with his back against the current; and while the others looked on, he uttered certain words, and moved the water with his hands behind his back; and in a short time he brought out a great quantity of butter of the sort that the country women sell in the market in May. And the others tasted it and declared that it was the very best butter.
From this we can deduce first the following fact concerning their practices. They are either true witches, by reason of an expressed pact formed with the devil, or they know by some tacit understanding that the devil will do what they ask. In the first case there is no need for any discussion, for such are true witches. But in the second case, then they owed the devil's help to the fact that they were blasphemously offered to the devil by a midwife or by their own mothers. 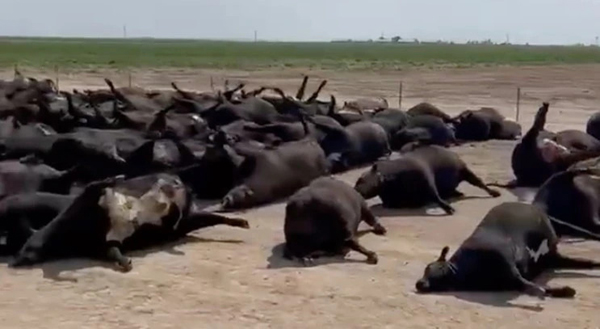