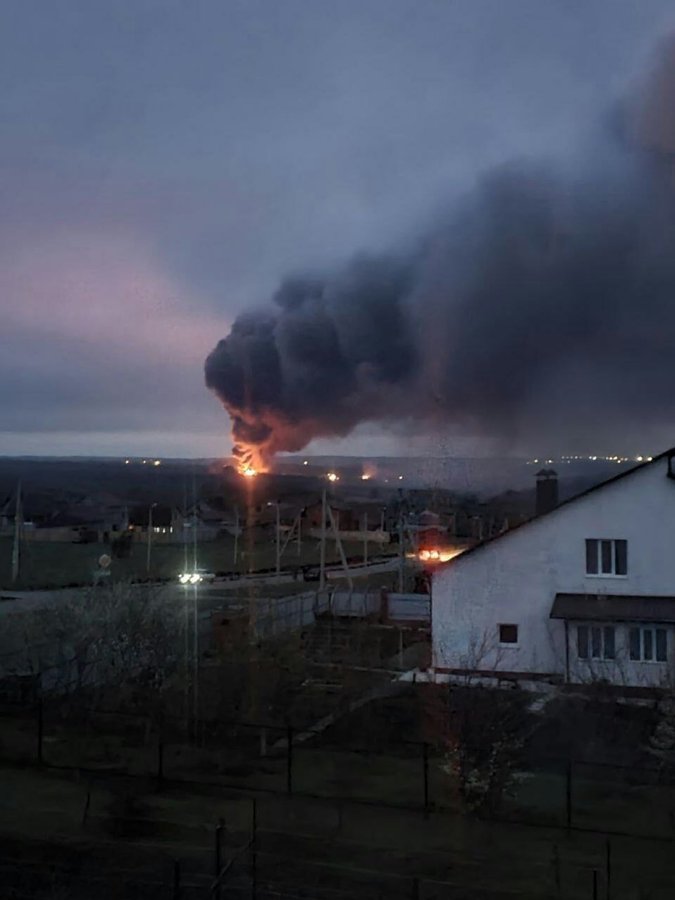 Remember Iran Explosions 2020?
Mysterious Explosions Throughout Russia, Belgorod Ammunition Depot on Fire
The sound of explosions broke the stillness of the night in Russia's Belgorod province, near the border with Ukraine, where Russian media reported an ammunition depot was on fire. The fire broke out in the early hours of Wednesday in the village of Staraya Nelidovka, some 20 miles from the Ukrainian border, Belgorod's regional governor Vyacheslav Gladkov wrote on Telegram, Russian news agency TASS reported."I have just contacted the head of the Golovinsky rural settlement, Denis Zolotukhin. According to preliminary information, an ammunition depot is on fire near the village of Staraya Nelidovka," Gladkov wrote on his channel."At approximately 03:35 I woke up from a loud bang that sounded like a blast. As I was writing this post, three more blasts were heard," he said. The fire at the ammunition depot has been extinguished, TASS reported, without mentioning the possible source of the blast."So far, not a single duty service of the city and the region has found the cause of this sound," Source