FSSP RAD TRADS?
If you haven't seen your bearded FSSPer at Mass lately.....its probably because he is off in the Ukraine fighting for the Kremlin - murdering, raping, looting, bombing, torturing poor helpless Ukrainian men woman and children.
Chechen Forces Recorded Outside Azovstal Plant in Mariupol
Footage posted online by Chechen leader Ramzan Kadyrov on April 21 showed fighters loyal to the strongman posing in front of a burnt-out administrative building near Mariupol’s Azovstal steel plant, the last redoubt of Ukrainian fighters in the city. On Thursday, the Kremlin released video of a meeting between President Vladimir Putin and Defense Secretary Sergei Shoigu, during which the Russian leader said the plant should not be stormed but sealed off. “I consider the proposed storming of the steel plant inexpedient. I order you to cancel it,” said Putin," telling Shoigu to instead block off the area “so that a fly wouldn’t be able to get out.” Despite placing Mariupol under siege early in its invasion, Russia has struggled to fully defeat Ukrainian soldiers in the city. The Soviet-era Azovstal steel plant in the eastern half of Mariupol contains underground areas where Ukrainian soldiers and civilians have sheltered. In his remarks to Shoigu, Putin suggested the toll of storming “these catacombs” would be high. Shoigu told Putin that more than 2,000 Ukrainian soldiers had massed at the industrial complex, though it wasn’t clear if the defense minister was including civilians in that figure. Kadyrov, who has supplied large numbers of fighters to the Russian war effort, regularly issues messages about the fighting in Mariupol. For weeks, Chechen fighters have been spotted around the city. This footage, posted by Kadyrov, shows soldiers posing just to northeast of the main industrial area at Azovostal, against a backdrop of flames and heavy damage. Source
When the story finally gets out that there were Americans fighting for the Kremlin it will be big news.
I wonder how many of these psychopaths will be FSSPers?
Pattern that these Americans are following - take a trip to Rome and then disappear for a while in Rome. Use that 'gone' time to travel  to Pro-Russia Hungary or Austria and make contact with the FSSP who will take you to the Russian strongholds in the Ukraine where you can start murdering innocents civilians... 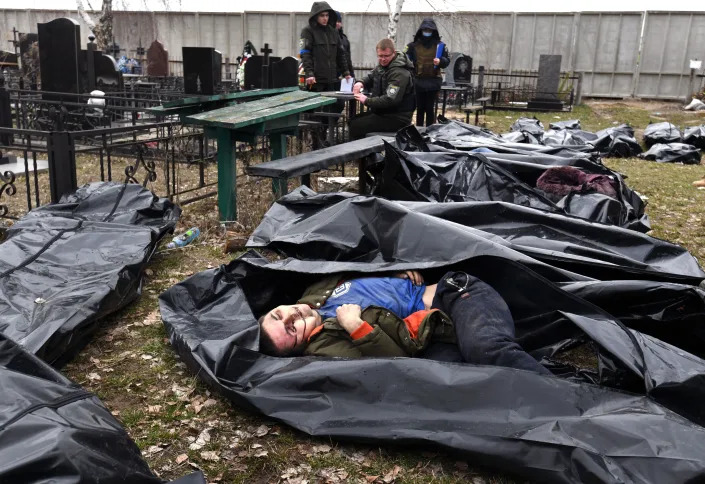