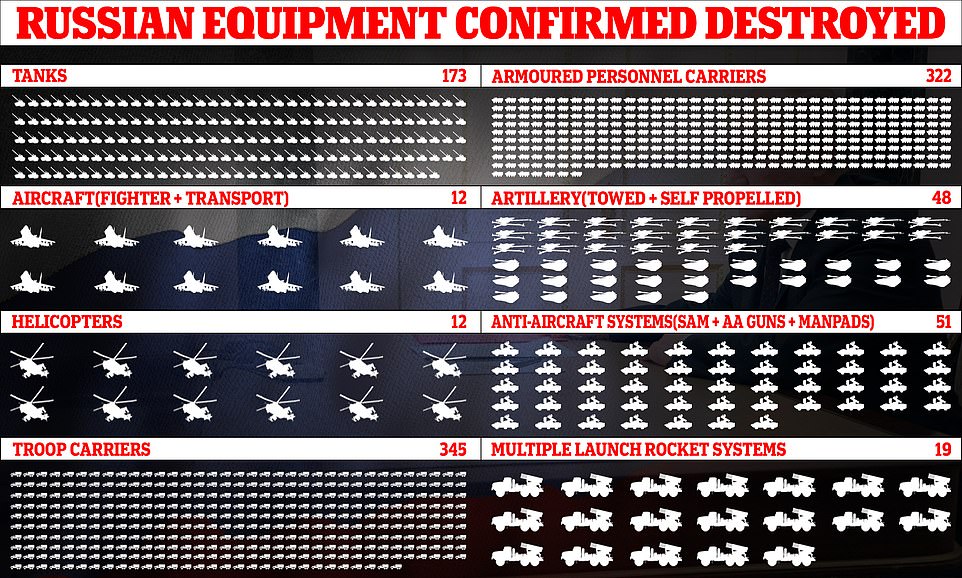 First
List of FSSP RAD TRADS PUTIN LOVERS:
This list is incomplete. Will add more names when I come across them. Not one of these Putin Lovers have recanted their Putin Lovin ways - most have been embolden over the past week.
All of the above are products of the FSSP. May the US Bishops that have these FSSP Parishes in their diocese take action and shut these terrorists down before they start harming their neighbor or themselves.
I will post the FSSP Rad Trad Influencers who will be  the first to put on a Russian Uniform and go fight in Putin's Army - until then the most these nut jobs can do is paint a Z on their car.....
'Inept' Russian tactics baffle military experts: Tank commanders allowed Ukrainians to ambush them by driving straight up a main road as analysts say they've lost enough armoured vehicles to equip the ENTIRE German army
Experts have said they are baffled by the ineptitude of the tactics displayed by Russia's armies after drone footage yesterday showed a column of tanks getting picked off one-by-one in an ambush carried out by Ukraine's forces. Analysts have said Russian tank commanders allowed the Ukrainians to ambush their unit by driving down the middle of a main road leading into Kyiv - and straight into a death trap. By multiple counts, President Vladimir Putin's forces have lost more tanks than are operational in entire German army. The devastating artillery strikes came as Putin's troops inched closer to Kyiv, and saw a number of Russian T-72 tanks and other vehicles destroyed or routed in the surprise attack from the front and back of the convoy. Ukrainian forces surprised the column that included some 30 tanks and support units, as well as a fearsome TOS-1 thermobaric launcher, forcing survivors to flee and left Russia mourning the loss of another senior commander. Ukraine's masterful ambush in Brovary piled on the misery of Moscow's invading forces, which has suffered more losses than expected and are now facing freezing temperatures in the coming days. Morale is said to be low. While reports said Russia's 6th tank regiment escaped with relatively minimal casualties, Russian commander Colonel Andrei Zakharov was reportedly killed, and his unit forced into a retreat. 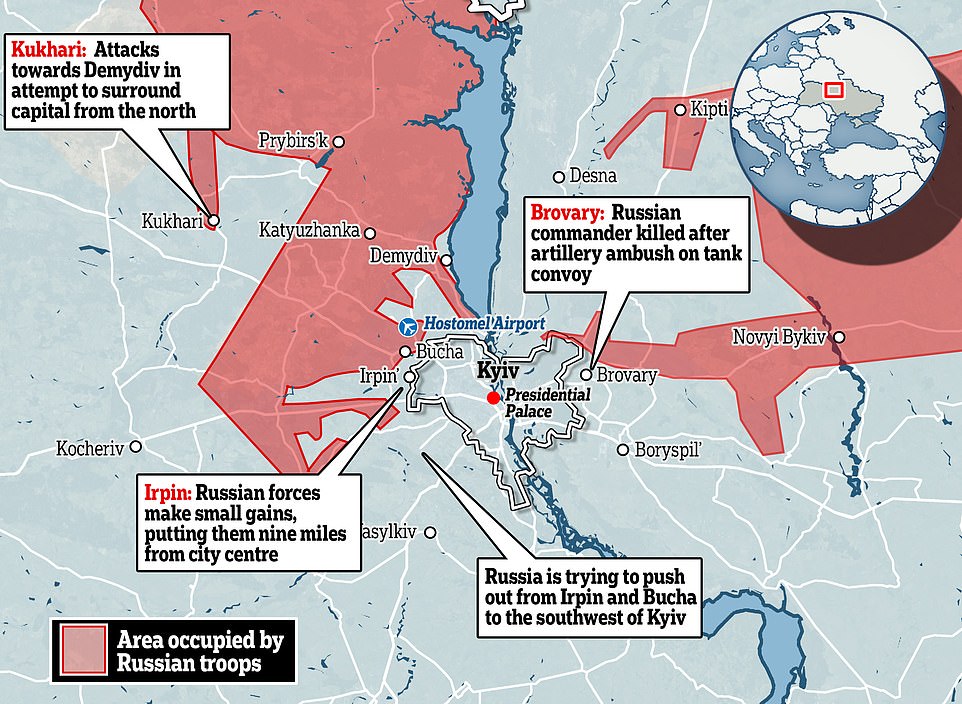 The smouldering wrecks of Russian tanks lay on streets after the fighting. Defence experts have been left stunned by Russia's military tactics Franz-Stefan Gady - an analyst at the International Institute for Strategic Studies - said the 'fight shows the danger of not securing urban terrain with adequate infantry plus recon. assets when main elements of a force pass through urban terrain ideally suitable for ambushes.' Rob Lee, a Senior Fellow and military expert at the Foreign Policy Research Institute, commented on the ambush, saying the Russian armoured force displayed 'very poor tactics'. The Russian column was 'on an obvious avenue of approach, and they still decided to bunch up like this, leaving them more vulnerable to indirect fire,' he wrote on Twitter, while sharing drone footage of the strikes. Of the Russian military activities in Ukraine, a former British army commander told The Daily Telegraph today: 'This is not the Russian army we trained to fight'. Meanwhile, analysis by the Austrian military's R&D department demonstrated the column was part of a larger Russian Battle Tactical Group (BTG), The analysis highlighted different companies within the BTG seen in the drone footage, as it came under Ukrainian heavy artillery guided by an unmanned aerial vehicle (UAV). Source 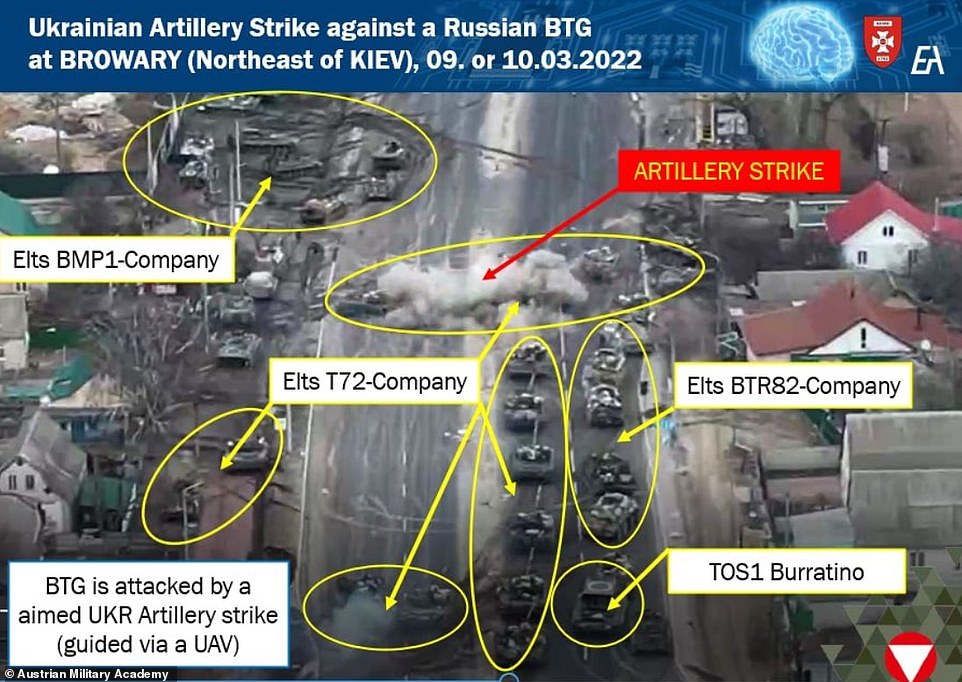