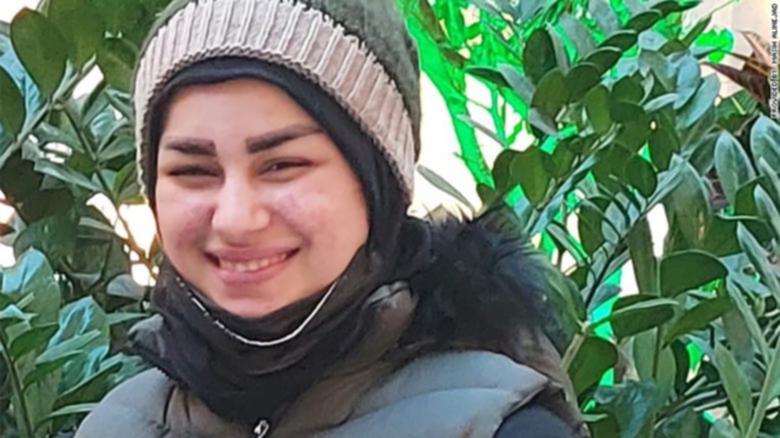 Appalling video shows Iranian man carrying wife’s head after ‘honor killing’
A shocking video captured an Iranian man grinning as he walked through the streets clutching the severed head of his 17-year-old wife — whom he decapitated in an “honor killing,” according to a report. The gruesome footage shows Sajjad Heydari strolling through a neighborhood in Ahvaz, a city in the southwestern province of Khuzestan, on Saturday with Mona Heydari’s head in one hand and a blade in the other, East2West News reported. Mona, who also was Sajjad’s cousin, had been forced to marry him when she was just 12 years old, according to the Women’s Committee of the National Council of Resistance of Iran. She reportedly suffered domestic abuse but was pressured to stay put for the sake of their 3-year-old son, even though she had expressed her wish to divorce the brute. The teen finally escaped to Turkey but returned after finding it tough to live alone in another country, the news outlet reported. A few days later, Sajjad and his brother allegedly tied her hands and chopped off her head. Her body was dumped before her husband paraded through the streets with her head. A police official said the motive for the murder was “family differences.”The two men were reportedly arrested, but it was unclear what punishment they are likely to face. Abbas Hosseini-Pouya, prosecutor general of Ahvaz, the provincial capital of Khuzestan, said Mona had sent photos of herself to her husband from Turkey that had fueled his “negative emotions,” according to Iran International. The women’s committee said that “not a week goes by without some form of honor killing making headlines. The clerical regime’s failure to criminalize these murders has led to a catastrophic rise in honor killings. Source