Let the seasons begin, take the big king down....
Has Putin finally sprung his 'false flag' operation? 'Car bomb' rocks Ukrainian separatist capital in 'assassination attempt' hours after mass EVACUATION of 700,000 civilians was announced amid blaring air raid sirens and dire warnings of attack by Kiev
An explosion has rocked the pro-Russian separatist capital Donetsk in eastern Ukraine in what appears to be the start of Putin's long-awaited false flag operation. A Russian invasion of the country is expected to follow. Russian media claim the explosion was a car bomb which was intended to assassinate a top Russian separatist official - who was unhurt - and it came hours after Putin's allies in the breakaway regions announced they would evacuate 700,000 civilians over fears of an attack by Kiev. The US and Western intelligence agencies have long been warning of a Russian 'false flag' operation that could involve a staged attack on Putin's separatist allies to provide a pretest for the Kemlin to send its forces massed on the border into Ukraine. The bomb exploded late Friday near the headquarters of the pro-Russian Donetsk People's Republic, destroying a Soviet-era UAZ jeep that belonged to Denis Sinenkov, head of regional security. He was not reported to be injured. Russian state media were the first to report on the explosion and picture the bomb site, with a notorious Russian 'journalist' - thought to be a state propagandist - among the first to arrive on the scene. 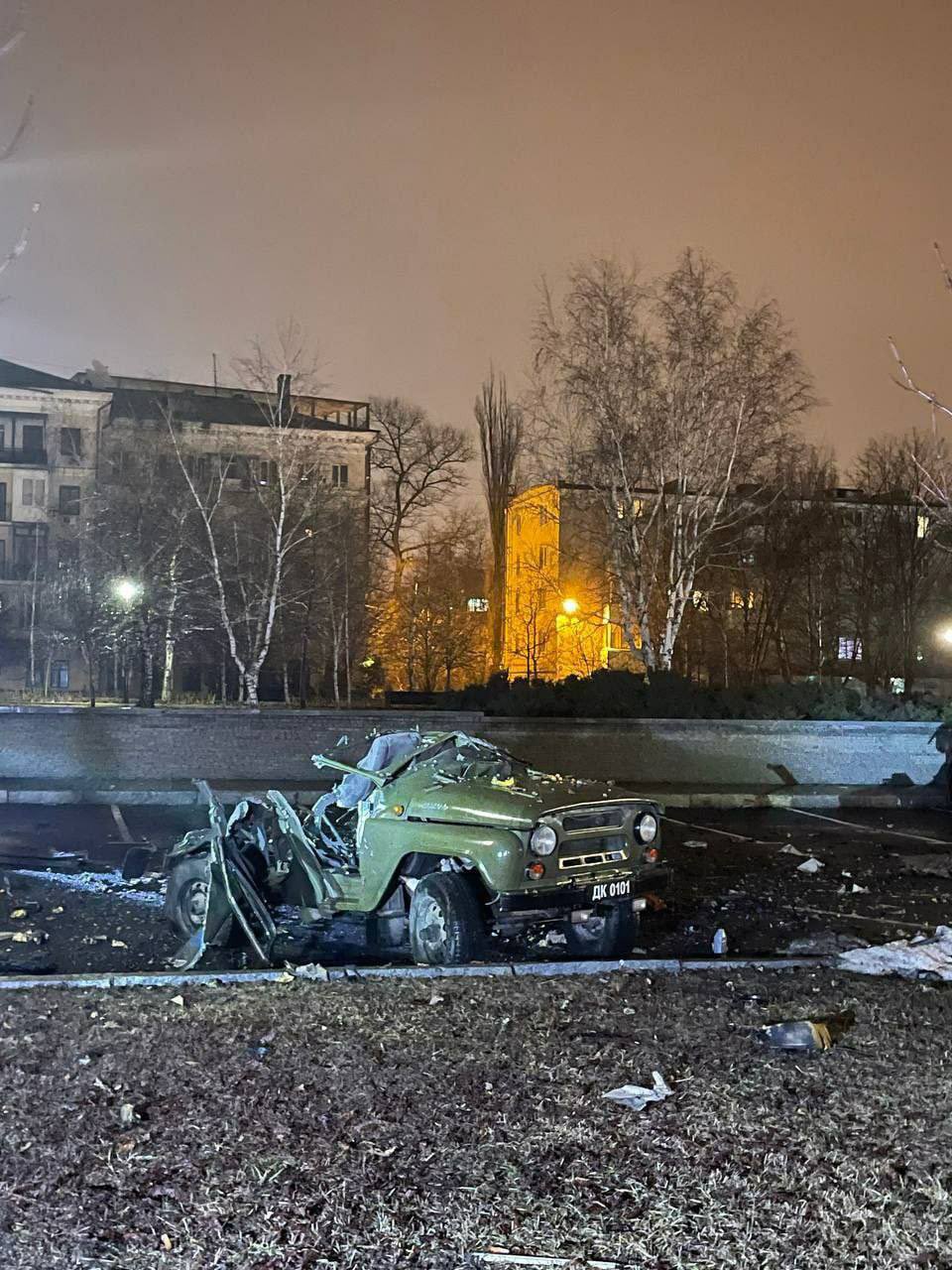 If Western warnings of a false flag prove correct, it would mean Putin's forces blew up the car themselves in order to claim that Ukraine's eastern region - and ethnic Russians living it in - are under threat of attack. That threat would then be used to justify Russian troops and tanks rolling across the border on a 'protection' mission. Just an hour before the blast, the pro-Russian heads of the People's Republic of Donetsk and Luhansk People's Republic ordered women, children and the elderly to evacuate immediately ahead of what they claimed would be a Ukrainian invasion. Kiev categorically denied any plans to attack. President Vladimir Putin on Friday ordered the Russian government to house and feed people leaving two self-proclaimed east Ukrainian breakaway republics once they arrived in southern Russia. He also ordered every person who arrived from Donbass to be given a payment of 10,000 roubles ($129). Ukraine on Friday called on the international community to condemn what it said were provocations by Russia in separatist-held eastern Ukrainian areas, saying that Moscow would only escalate the situation further if it did not. '...we are watching the Russian Federation launch a campaign to spread mass disinformation, increase shelling of Ukrainian positions and civilian infrastructure with weapons banned by the Minsk agreements, and escalate the security situation,' the foreign ministry's spokesman said in a statement. 'Lack of a proper reaction or a neutral position will only fuel the escalation of the situation by Russia.' There are now thought to be up to 190,000 Russian soldiers backed by tanks, artillery, helicopters, fighter jets and missile batteries within reaching distance of Ukraine as Putin prepares to personally oversee nuclear missile drills that will take place tomorrow. Source