Following Up 21 DECEMBER 2021
FIRST 2021 WINTER EXPLOSION: CENTRAL ILLINOIS EXPLOSION - UNKNOWN ORIGIN.......THE NOON DAY DEVIL EXPLOSION....
This is the Second Noon Day Devil Explosion that took place over Pittsburgh at 11:20 AM
The First Noon Day Devil Explosion took place at about the same time 11:40 AM
A ‘Booming’ Start To 2022: Possible Meteor Explosion Felt Throughout Pittsburgh Region
PITTSBURGH (KDKA) – Mother Nature could have been behind 2022 getting off with a boom. A loud, unexplainable boom could be heard throughout the region on Saturday morning. The National Weather Service has said the cause is most likely, but unconfirmed, a meteor explosion.A lot of people took to social media questioning the loud boom and reported windows rattling or things in their homes shaking, wondering if it was an earthquake. On satellite lightning maps, which can pick up meteors, shows a quick, tiny green blip around 11:30, which lines up with the timing of the boom. While there are theories out there, surrounding the weather, Allegheny County officials have said the boom was not from an earthquake or lightning. The Carnegie Science Center says it’s possible that it was a fireball that burned up and exploded in the atmosphere, causing the rumble that we felt on the ground from a supersonic shockwave. 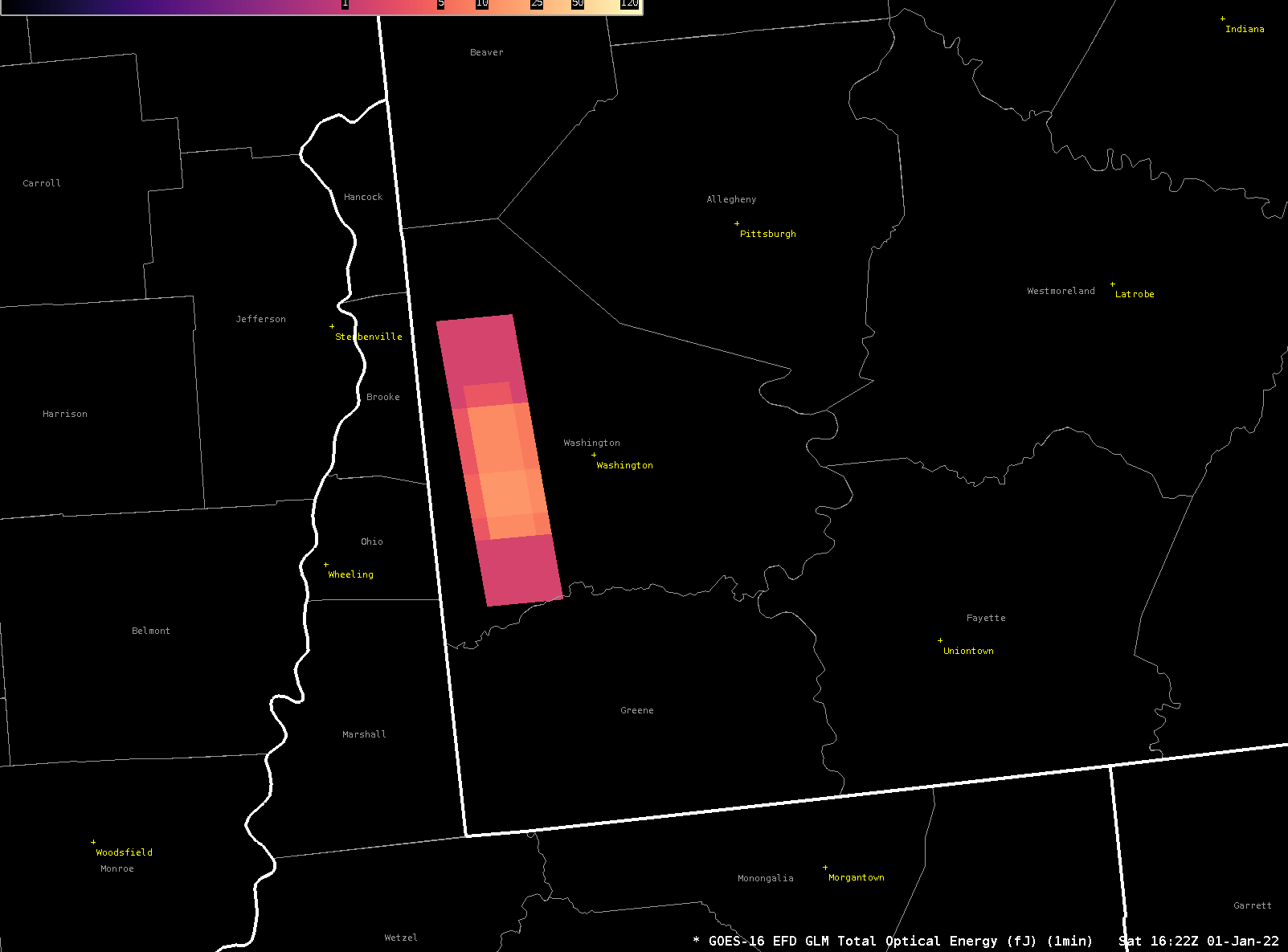 “There’s an asteroid in our solar system that’s responsible for that and when Earth passes through the debris field shed by that asteroid, we have lots of meteors coming into our atmosphere focusing head outside on the evening of the third early then they might catch some streaks of light so if you fireworks to go with the sonic boom they may have heard today,” said Mike Hennessy of the Carnegie Science Center. The NWS and Carnegie Science Center say there’s a meteor shower that’s expected to peak tomorrow into Monday and the two could be connected. “In this case, it’s possible that we had a fireball that burned up and our atmosphere exploded,” Hennessy said. “Seismic activity was ruled out, as was construction from the airport. Thunder was ruled out because it was a relatively stable storm system going over Pittsburgh today.” “It’s pretty cool,” said Shannon Hefferan, a meteorologist with NWS Pittsburgh. “It’s, you know, in last couple years, I mean, we didn’t have that type of technology to see that kind of phenomena before. Source
I guess they were lying about the source of the first Noon Day Devil Explosion.....
Will keep you posted.....