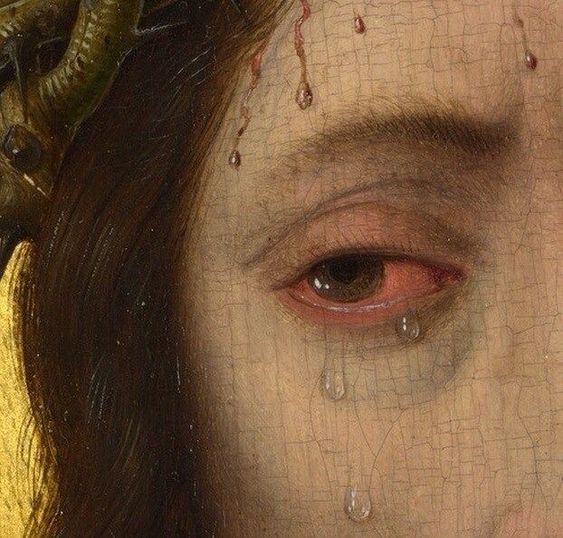 Aleph. How doth the city sit solitary that was full of people! how is the mistress of the Gentiles become as a widow: the princes of provinces made tributary! Lam.i.i
Following Up Post From 21 NOVEMBER 2021:
Posted by dxv515  November 20, 2021 ABOMINATION OF DESOLATION: JERUSALEM WILL SOON BE UNINHABITABLE FOR GENERATIONS TO COME UP UNTIL THE MANIFESTATION OF THE ANTICHRIST

“When ye therefore shall see the abomination of desolation, spoken of by Daniel the prophet, stand in the holy place, (whoso readeth, let him understand:) Mt.24:15

Chrysostom: Whence I think that by the abomination of desolation, He means the army by which the city of the holy Jerusalem was desolated.

The words of Jesus: When ye therefore shall see the abomination of desolation

The Second Person of the Blessed Trinity used the word desolation.

Jerusalem will soon be desolated.

For Generations to come.

Desolated as in no one will dare come near Jerusalem.

So in order for the Temple to be desolated then the surrounding city must be uninhabited. A ghost town if you will.
You can not have the Temple desolated when you have a Starbucks down the street. Or 800,000 souls living near the Temple...
No.
In order for the words of Jesus - the Second Person of the Blessed Trinity to come true then there must be DESOLATION in the Temple and in order for the Temple to be DESOLATED then the whole of Jerusalem must be a ghost town - kind of like present day Chernobyl
This means that there will be no Jews in or around Jerusalem up until the coming of the Antichrist.
No Jews in Jerusalem.
No one in Jerusalem.
Jerusalem will one day become uninhabitable.
Once Jerusalem is Desolated then the Temple will be Desolated.
Then you shall see the abomination of desolation foretold by the Second Person of the Blessed Trinity.
The Antichrist will set himself up in the Temple
and the man of sin be revealed, the son of perdition,  Who opposeth, and is lifted up above all that is called God, or that is worshipped, so that he sitteth in the temple of God, shewing himself as if he were God. 2 Thess.2.
Soon no one will be allowed in Jerusalem.
How so?
Plague.
Some horrifying event that leaves all 800,000 inhabitants dead.
Something unexplained. Something terrifying that will make everyone avoid  Jerusalem.
This is the only way that Jerusalem and the Temple will be considered DESOLATE.
Once DESOLATE then the ABOMINATION will appear in the Temple.
When will this DESOLATION occur?
Long after the death of the TWO POPES.
And we must witness the rise of the Forerunner to the Antichrist as Our Lady of La Salette has said:
“A forerunner of the Antichrist, with his troops gathered from several nations, will fight against the true Christ, the only Saviour of the world. He will shed much blood and will want to annihilate the worship of God to make himself be looked upon as a God. Our Lady of La Salette 19 Sept. 1846 (Published by Mélanie 1879)
Then there will be a persecution of the Church by the Forerunner to the Antichrist and 35+ years worth of chastisements. All this takes place before the manifestation of the actual Antichrist. So during this   35+ years worth of chastisements, all of Jerusalem and the Temple will be uninhabitable and DESOLATED......
The timeline given by Our Lady of La Salette & Fatima is as follows:
1. Two Popes. (13 March 2013)
2. Manifestation of the Forerunner to the Antichrist (21 October 2019)
3. Death of Two Popes (_ _/_ _/2022)
4. Start of Thirty Five Years Worth of Chastisements (_ _/_ _/2022)
5. Rise of the Political Power of the Forerunner to the Antichrist (_ _/_ _/_ _ _ _)
6. Creation of Forerunner's Nationalist Army  (_ _/_ _/_ _ _ _)
7. Persecution of the Catholic Church by the Forerunner and His Nationalist Army  (_ _/_ _/_ _ _ _)
8. Murder of Fatima Pope & Faithful on top a Steep Mountain by Forerunner and his Army.
9. The Rise of the Great Monarch & Great Pontiff (near the end of the 35 year Chastisement)
10. The death of the Forerunner to the Antichrist.

Waking Up To This Racket....