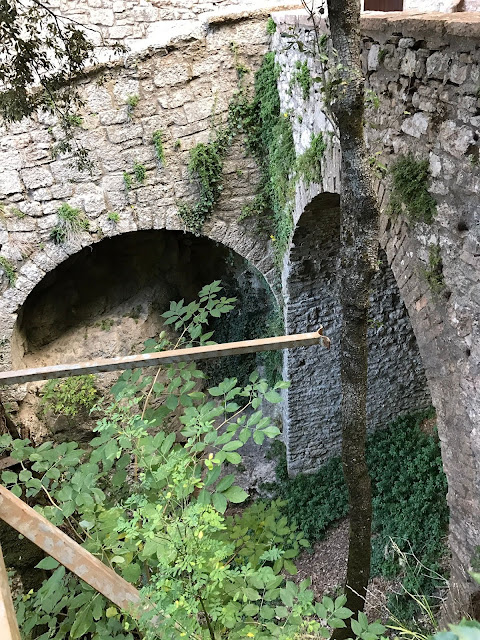 Eremo delle Carceri
Near Dry Ravine?
Narrowing down the time frame when the Thirty Five years worth of Chastisements start or using this Prophecy as confirmation that the Thirty Five years worth of Chastisements have started
Here is St Francis on the Prophecy Of The Torrent Of Eremo delle Carceri:
The Torrent of Carceri Prophecy
From:
“Saint Francis of Assisi” by Rev. Léopold de Chérancé, O.S.F.C., translated by R.F. O'Connor, printed by Sealy, Bryers and Walker, (Dublin, 1900), pp. 132-133.
“The Benedictines, to whom he (St. Francis) was already indebted for the convent of Our Lady of Angels, offered him a second monastery, known since by the name of the Carceri (the prisons). This hermitage perched like an eagle s nest on the flanks of Monte Subiaco, about two miles from Assisi, and hidden behind a curtain of green-leaved oaks with its cells, or rather its grottoes, cut into the heart of the rock or formed by its natural rents, harmonised too well with our saint's tastes for him not to gratefully accept such a donation. He often went up there afterwards. (…)
Those austere grottoes are still embalmed with the perfume of his presence and his prayers; and for six centuries pilgrims have continually mounted thither to venerate his oratory, his cell, the stone that served him as a bed, the wells whose waters gushed from the bowels of the rock at his prayer, the venerable oak upon which the birds perched while he harangued them, and lastly, a torrent and ravine that were the object of a miracle and a prophecy worthy of being related.
The torrent, tumbling from cascade to cascade from the summit of the mountain, rolled noisily its foamy murmuring waters to the bottom of the excavations, disturbed the Friars at their Office, frequently inundated the forest lands and destroyed the harvests. Francis made the sign of the Cross, and commanded it to be still: the torrent immediately stopped; thence forward its waters glided noiselessly and never over flowed the plain.
As to the ravine, it is, at the foot of the hermitage, enveloped in darkness and generally dry. Here is the prophecy our saint made to his disciples, pointing to it,
"When the water of the torrent will flow through this ravine, prepare; for it will be a sign that great calamities will befall Italy."
(In a footnote we are told that the water flowed there in 1859 on the eve of the Piedmontese invasion, and on the eve of other political and social calamities, notably in June 1871, just before Victor Emmanuel's entry into Rome. I have not been able to find current information about the torrent and if it has flowed again since then. Hopefully, in this age of social media, someone will keep an eye on this prophecy and alert the world if it should flow again.) Source 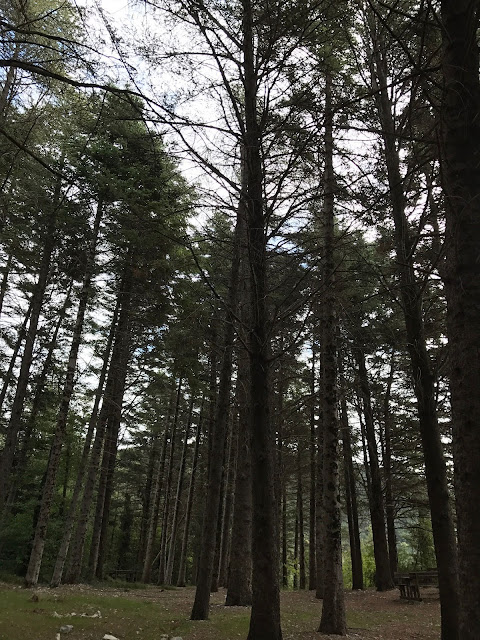 Eremo delle Carceri
Forrest Near Dry Ravine?
So this area should flood just before or on the same day that Pope Francis the Destroyer dies. If a flood occurs and Pope Francis the Destroyer is alive and well - know that flood will portend the death of Pope Francis the Destroyer and thus ushering in the Thirty Five Years worth of Chastisements as foretold by Our Lady of La Salette:
God will abandon mankind to itself and will send punishments which will follow one after the other for more than thirty-five years.Our Lady of La Salette 19 Sept. 1846 (Published by Mélanie 1879)
So if you see news that this area has flooded then know that the 35 years worth of Chastisements should begin.
"When the water of the torrent will flow through this ravine, prepare; for it will be a sign that great calamities will befall Italy." St. Francis
St Francis does mention Italy and not the world, but I think the world will be included as well.
Maybe you can put in a YAHOO NEWS ALERT or GOOGLE ALERT for "Eremo delle Carceri"
And please if you remember send me a comment on one of my posts that I am alerted as well.
The timeline given by Our Lady of La Salette & Fatima is as follows:
1. Two Popes. (13 March 2013)
2. Manifestation of the Forerunner to the Antichrist (21 October 2019)
3. Death of Two Popes (_ _ / _ _ / 2022)
4. Start of Thirty Five Years Worth of Chastisements (_ _ / _ _ / 2022)
5. Rise of the Political Power of the Forerunner to the Antichrist (_ _ / _ _ / _ _ _ _)
6. Creation of Forerunner's Nationalist Army (_ _ / _ _ / _ _ _ _)
7. Persecution of the Catholic Church by the Forerunner and His Nationalist Army(_ _ / _ _ / _ _ _ _)
8. The Murder of the Fatima Pope and Faithful on top a Steep Mountain by the Forerunner and his Army.
9. The Rise of the Great Monarch & Great Pontiff (near the end of the 35 year Chastisement)
10. The death of the Forerunner to the Antichrist. 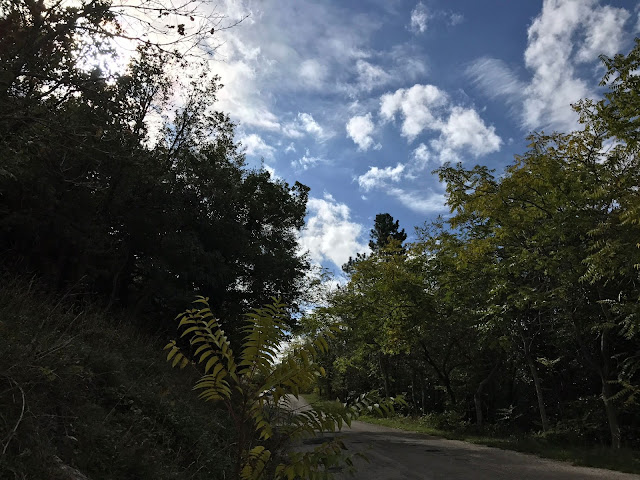