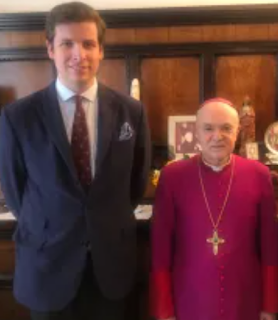 Noe is the original "Janus"

In the same way the Two Faced Napoleon is the Janus or Noe for our time. One who witness the Church in all its Tradition and witnessed its destruction after Vatican II and the New Mass.

There could be other candidates for this Two Faced Napoleon but I doubt it.

As for Emperor - Many Rad Trads will get so discouraged with Democracy that they will look for a leader outside of Democracy and Viganò  will help them with that as well by declaring himself Emperor as well as Pope. Sounds sick, but It's gonna happen.