Did Cardinal Burke Call Pope Francis From His Hospital Bed On Wednesday 11 August 2021? 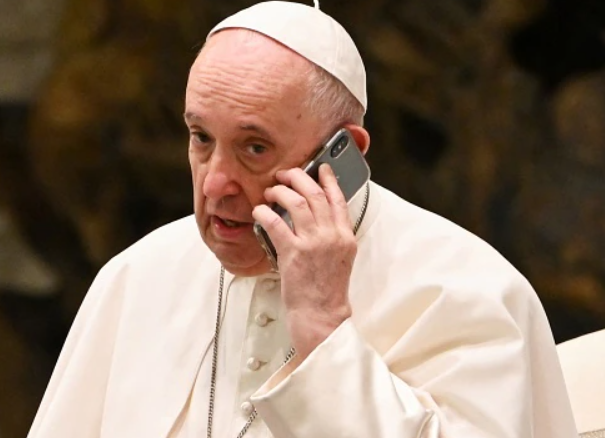 Gotta be something serious....huh?
VATICAN CITY (AP) — Maybe heaven can wait, but a phone call for the pope could not. In a decidedly unusual break from protocol, Pope Francis took a cellphone from an aide while standing at center stage in a Vatican auditorium for his weekly Wednesday audience with the public. Francis, who had blessed the attendees near the event’s end, chatted animatedly for a couple of minutes with whomever was on the other end. The pope gestured with his free hand as if the caller could see him - a common impulse for many people when talking on the phone - while he held the device to his left ear with his other hand. Francis seemed to be explaining something and did most of the talking. He twice moved his right hand as if he were signing something. 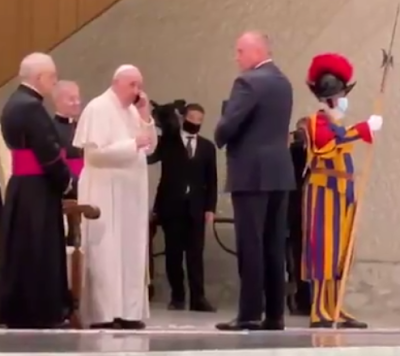 The Vatican declined to comment about the nature of the very public call. After blessing the members of his audience, the pope typically wades into the crowd to greet many of them affectionately. But in another departure from the routine, Francis on Wednesday abruptly changed direction while chatting with another aide as he was about to descend the stage steps. Instead of greeting the faithful, he headed toward a closed exit door on the stage. First the aide, then the pope, gestured to the participants that they should wait. The aide opened the door, and the pope walked briskly off the stage. After a few minutes, Francis returned and went down the marble steps to the audience section to mingle with people who wanted to shake his hand or take selfies with him. Source
Who made the call to Pope Francis?
A very sick Cardinal Burke - just 12 hours after he sent this Tweet: 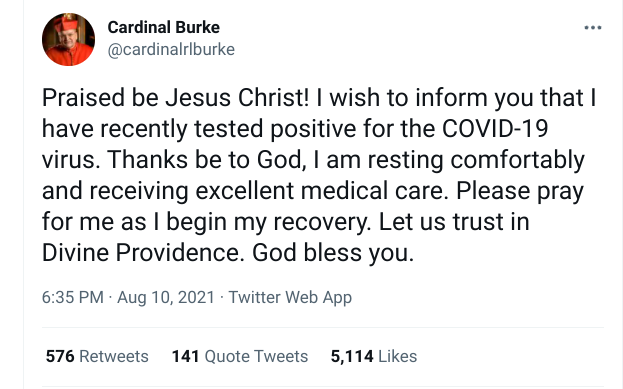