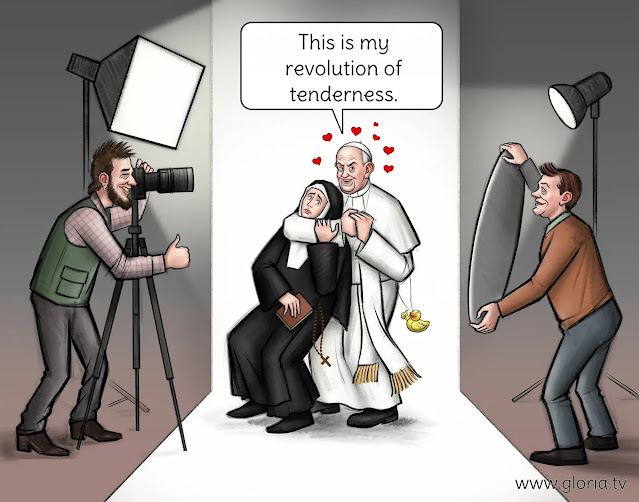 Mother Marie Ferréol: Francis Confirms Dismissal
Francis dismissed Mother Marie Ferréol (Sabine Baudin de la Valette), 55, from the Old Rite Dominican Sister of Pontcallec, where she has been for the past 34 years. Mother Marie Ferréol seems to be well connected, as the news of her dismissal was published by the oligarchs’ LeMonde.fr (June 23). The about 100 Sisters of Pontcallec among whom are many members of the nobility and intellectuals, run five schools in France. Mother Marie Ferréol is a Latinist and Medievalist. According to LeMonde.fr which as a rule misinforms about Church matters, Mother Ferréol was dismissed for theological differences with another sister who is well connected with Curia Cardinal Marc Ouellet. In an April statement, the Sisters of Pontcallec wrote that the decision reflects Mother Ferréol’s deep-seated difficulty with community life and obedience, but didn't call into question her merits as a teacher. In a rebuttal, the accused said that she repeatedly asked to be informed about concrete facts on which her expulsion was based. This was refused on the grounds of "confidentiality." Further, she was not allowed to present a defence. Source