Are FSSP Rad Trad Influencers Stalking You? Tiny Trackers Make It Alarmingly Easy For FSSP Rad Trads To Stalk You..

Remember this is a trial run for when the FSSP Rad Trad Influencers hunt down and murder priests and religious they don't like.
FSSP Rad Trad Influencers and their followers are demented enough to stalk people they don't like.
Tiny trackers placed in a targets automobile makes it easy for the stalking FSSP Rad Trads to hunt you down.
How far fetched is this?
Not at all.
Let's start with Our Lady of La Salette who said that one day:
Priests and religious orders will be hunted down, and made to die a cruel death. Our Lady of La Salette 19 Sept. 1846 (Published by Mélanie 1879)
Also to, you must remember that all FSSP Rad Trad Influencers are apes. They have no original thought and they must observe faithful Catholics in order to learn how to act and think like a faithful Roman Catholic.
How many FSSP Rad Trad Influencers converted to the Catholic Faith?
Converted within the last 10 years?
How many of these FSSP Rad Trad Influencers converted and then set up shop immediately as a FSSP Rad Trad Influencer?
Ann Barnhardt?
Gary Voris?
Fr. Z?
Taylor Marshall?
Steve Skojec?
etc.....
None of these FSSP Rad Trad Influencers should be trusted. None.
And why did all of these FSSP Rad Trad Influencers choose to attend FSSP Latin Mass sites?
Why the FSSP?
What's so attractive?
So if you are an enemy of these vile no good FSSP Rad Trad Influencers and you get the feeling that you are being stalked then chances are you are being stalked if not by the FSSP Rad Trad Influencers themselves then by their demented followers or maybe someone they hired.
So please take caution with these monsters of the FSSP.
Here read the following article on how easy it is to follow someone and remember Our Lady said that one day priests and religious will be hunted down and made to die a cruel death. I still believe that these hunters of priests and religious will be FSSP Rad Trad Influencers and their followers.
And remember the reason why FSSP Rad Trad Influencers stalk good and faithful Roman Catholics is because these FSSP Rad Trad Influencers are apes of God and they do not know how to think and behave like a faithful Catholic without first observing how faithful and devout Catholics behave.
Tiny trackers make it alarmingly easy for someone to stalk you
FORT LAUDERDALE, Fla. — Alison Kessler told police she was suspicious when her son’s father, John Stacey, seemed to know that she had paid a visit to the courthouse. She didn’t see him following her. How did he know? When a mechanic found a tracking device stuck to the underside of her car, it made sense. Kessler went to the police and accused Stacey of planting it. It would have been that easy. Planting small tracking devices on cars to monitor people’s real-time locations is simple, cheap and, in many cases, illegal, according to lawyers and private investigators in South Florida. The proliferation of tracking devices — particularly the type of popular gadgets being sold to help you find your belongings, such as your wallet, keys or luggage — have led to an increase in fears of stalking, experts say. Five years ago, two Hallandale Beach commissioners and one candidate complained to police when they found GPS trackers planted under their cars. A private investigator named Victor Elbeze pleaded no contest to the rarely invoked criminal charge and was fined $293. More recently, Apple released its new AirTags, coin-sized $30 wireless devices that the company says are “a supereasy way to keep track of your stuff.” But amid concerns the Bluetooth trackers instead are enabling stalking, Apple last week pledged to update the devices to boost privacy. Now, the AirTags emit an audible tone whenever separated from the device owner for more than eight hours, which would warn someone who’s being followed without her or his knowledge. (Originally, the tone emitted after three days.) Prosecutions for planting a tracker are rare, with police usually focusing on proving a case of stalking or domestic violence. “Stalking cases are notoriously difficult to put together,” said former Broward prosecutor Sasha Shulman, now a criminal defense lawyer. “Everything is so circumstantial. Did someone see him put it there? No? Were his fingerprints on it? No? Then how would you prove it?” Source 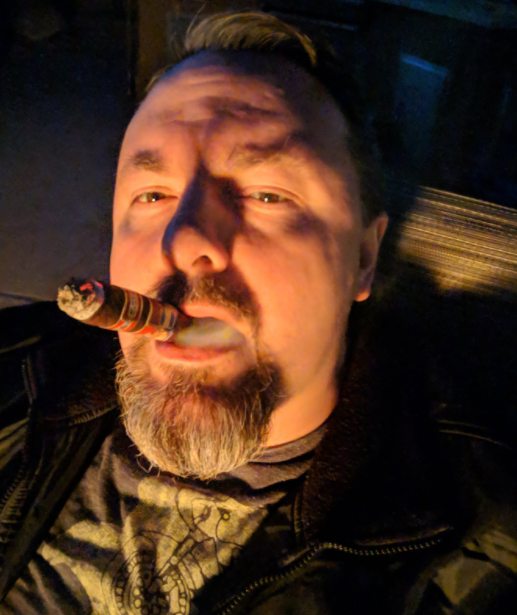 You Don't Think This FSSP Guy Isn't Stalking His Enemies?