HAPPY 515! The 515 International Peace Treaty Prohibiting The Restoration Of The Habsburg Monarchy 15 MAY 1955 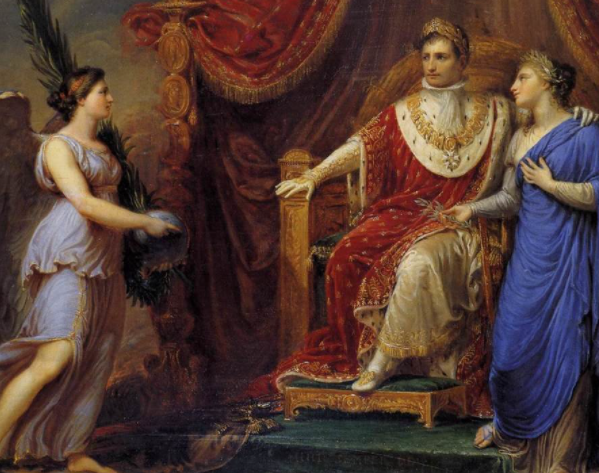 Allegory on the Peace of Pressburg 1808
A False Peace!

Today anyone would be found in violation of this Treaty if any group attempted to restore the Habsburg Monarchy in Austria, and this action would be punishable by the Austrian authorities.

Austria is now set up as a democratic government and it excludes the Habsburg Monarchy from any voice in the Austrian government.

Vienna May 15, 1955 Peace treaty between the Allied Powers and Austria:

'Whereas the Allied and Associated Powers, and Austria, taking into account the importance of the efforts which the Austrian people themselves have made and will have to continue to make for the restoration and democratic reconstruction of their country, desire to conclude a treaty re-establishing Austria as a free, independent and democratic State, thus contributing to the restoration of peace in Europe.'

Article 1 re-establishment of Austria as a Free and Independent State:

'The allied and Associated Powers recognize that Austria is re-established as a sovereign, independent and democratic State.'

'The frontiers of Austria shall be those existing on 1st January 1938.'

***The above of course means that Hungary is no longer part of the Habsburg Empire and any attempt to restore Hungary to the Empire, would be in violation of the 515 Treaty

'Austria shall have a democratic government based on elections by secret ballot and shall guarantee to all citizens free, equal and universal suffrage as well as the right to be elected to public office without discrimination as to race, sex, language, religion or political opinion.'

***The most important article is the following:

2) 'Austria undertakes to dissolve all Fascist-type organizations existing on its territory, political, military and para-military, and likewise any other organization carrying on activities hostile to any United Nation or which intend to deprive the people of their democratic rights.'

3) 'Austria undertakes not to permit, under threat of penal punishment which shall be immediately determined in accordance with procedures established by Austrian Law, the existence and the activity on Austrian territory of the above-mentioned organizations.'

2) 'Austria further undertakes to maintain the law of 3rd April, 1919, concerning the House of Hapsburg-Lorraine'

Monarchists do not start revolutions. To attempt to restore the Habsburg Monarchy would be a political revolution. So monarchists have no recourse. There will be no restoration of Monarchy in Europe, it is simply not allowed by current laws. True Monarchist have to attempt restoration without violating International Treaties. Face it, no one is going to listen or follow radical law breaking Monarchists, are they?