Pennsylvania Argument Starts With Blaspheming Of The Holy Name Of Jesus Ends In The Death Of Three: Jeff Spaide Shooting His Neighbours Mr & Mrs Goy 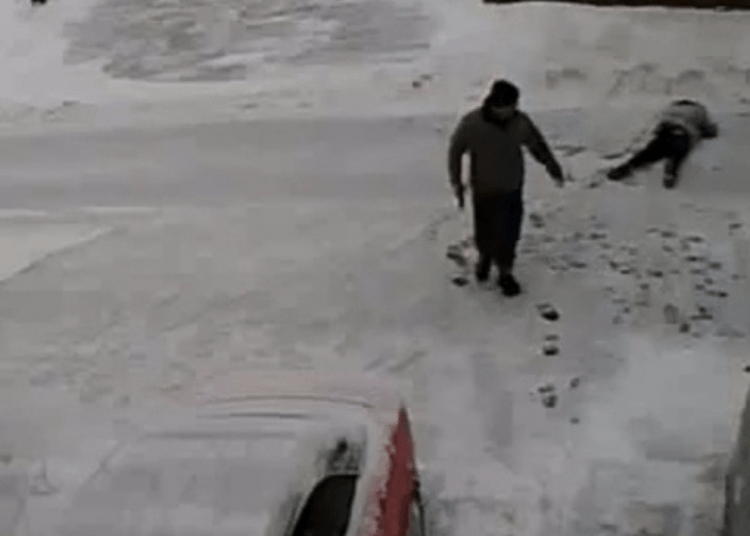 That's one thing they teach you in the US military is how to blaspheme the Holy Name of Jesus
Shooter in snow-shoveling murder-suicide was decorated Navy vet
The Pennsylvania man caught on video ruthlessly gunning down two neighbors during a snow-shoveling dispute Monday before turning the gun on himself was an engineer and a decorated Navy veteran.
Jeffrey Allen Spaide, 47, a Wilkes-Barre native, graduated from Wilkes University with a bachelor’s degree in environmental engineering in 2001 and went on to get his master’s degree in water resources and environmental engineering from Villanova University in 2005.
“Jeff was employed as a licensed engineer for over 20 years,” his obituary reads. “He also served in the United States Navy, working as a shipboard engineering technician.”
On his LinkedIn page, which identified him as a “professional engineer,” Spaide cited his active-duty status with the Navy from 1993 through 1998.
Navy officials confirmed Spaide’s service when contacted Friday by The Post. He enlisted in September 1993 and received training in Great Lakes, Illinois. He then served on USS America and USS Nassau, as well as at duty stations in Hampton Roads, Virginia, and Panama City, Florida. His active-duty status ended in May 1998 at a rank of Damage Controlman 2nd Class.
Spaide received numerous awards and decorations during his military career, according to his service record, including a Navy Achievement Medal, a Meritorious Unit Commendation and two National Defense Service Medals.
He also received an Armed Forces Expeditionary Medal, a NATO Medal and Southwest Asia Service Medal with a Bronze Star, the record shows.
After leaving the Navy, Spaide continued his military service with the Army National Guard and Navy Reserve as a “heavy equipment operator,” according to his obituary.  Source

Reason No. 644478889322 why I never argue/curse/quarrel with anyone when I'm in America..
This dispute over shovelling snow ended with Jeff Spaide shooting his neighbours Mr & Mrs Goy to death and then killing himself as police rolled up..
*Viewer Discretion pic.twitter.com/xqYU9UxDfa