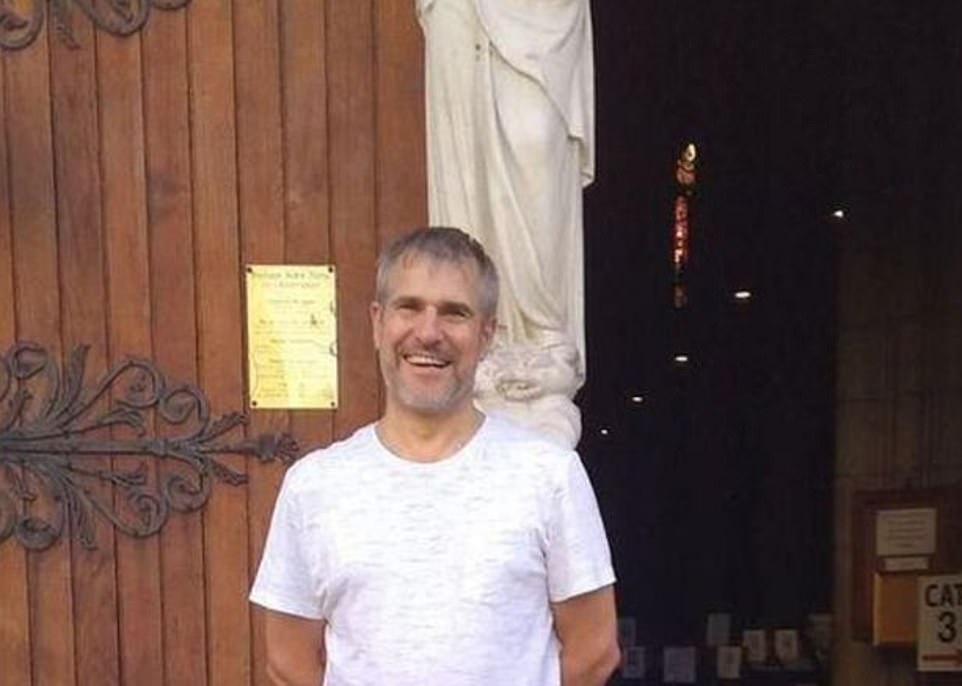 Vincent Loques
Priests and religious orders will be hunted down, and made to die a cruel death. Our Lady of La Salette 19 Sept. 1846 (Published by Mélanie 1879)
Vincent Loques, 45, a sacristan of the Notre Dame basilica in the city of Nice, was brutally killed as he prepared for the first Mass of the day after 21-year-old Tunisian migrant Brahim Aoussaoui attacked the church. Aoussaoui is thought to have beheaded an elderly female parishioner who had come to to pray as the church opened before attacking Loques, then fatally stabbing a second woman who ran across the street before dying of her injuries. Armed police arrived 10 minutes later and shot Aoussaoui, before arresting him. Source

No barrel, even though it's lost a hoop
or end- piece, ever gapes as one whom I
saw ripped right from his chin to where we fart:
his bowels hung between his legs, one saw
his vitals and the miserable sack
that makes of what we swallow excrement.
While I was all intent on watching him,
he looked at me, and with his hands he spread
his chest and said: "See how I split myself!
See now how maimed Mohammed is! And he
who walks and weeps before me is Ali,
whose face is opened wide from chin to forelock.
And all the others here whom you can see
were, when alive, the sowers of dissension
and scandal, and for this they now are split.
Behind us here, a devil decks us out
so cruelly, re-placing every one
of this throng underneath the sword edge when
we've made our way around the road of pain,
because our wounds have closed again before
we have returned to meet his blade once more.
But who are you who dawdle on this ridge,
perhaps to slow your going to the verdict
that was pronounced on your self-accusations?
"Death has not reached him yet," my master answered,
"nor is it guilt that summons him to torment;
but that he may gain full experience,
I, who am dead, must guide him here below,
to circle after circle, throughout Hell:
this is as true as that I speak to you."
More than a hundred, when they heard him, stopped
within the ditch and turned to look at me,
forgetful of their torture, wondering.
"Then you, who will perhaps soon see the sun,
tell Fra Dolcino to provide himself
with food, if he has no desire to join me
here quickly, lest when snow besieges him,
it bring the Novarese the victory
that otherwise they would not find too easy."
When he had raised his heel, as if to go,
Mohammed said these words to me, and then
he set it on the ground and off he went.
Purgatorio xxviii 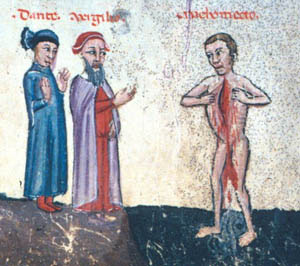 See How I Split Myself! See Now How Maimed Mohammed Is! 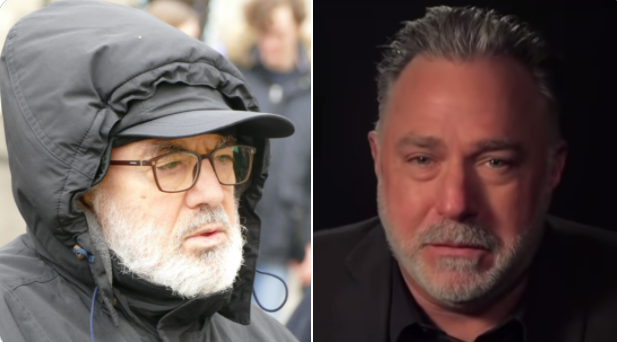