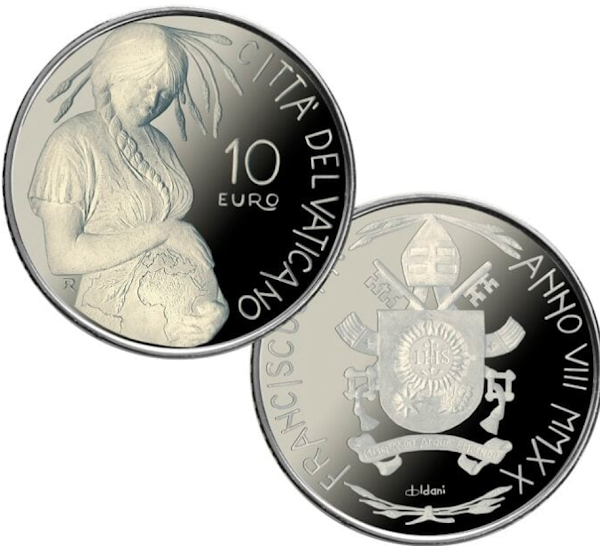 The Pope's Monthly Intentions for 2020

Respect for the Planet's Resources
We pray that the planet's resources will not be plundered, but shared in a just and respectful manner. Source

The Vatican’s Mint issued on October 13 a ten-euro silver coin depicting "Mother Earth" (left picture). The image was designed by Luigi Oldani for World Earth Day. CronacaNumismatica.com called the representation “Madre Terra” (Mother Earth, Pachamama). It shows a woman with hair of grain and pregnant with the globe. Oldani described it as "fertile and fruitful land, fertile and fruitful like a young woman," the Vatican as a mother carrying the Earth in her womb to which we owe “care and love as if she were a daughter.” The coin appeared on the first anniversary of the October 2019 Pachamama enthronement in the Vatican. A second silver coin of a value of five-euro is dedicated to the World Day of Immigration and shows St Peter allegedly welcoming illegal immigrants. Source