Forerunner To The Antichrist Was In Rome Today..... 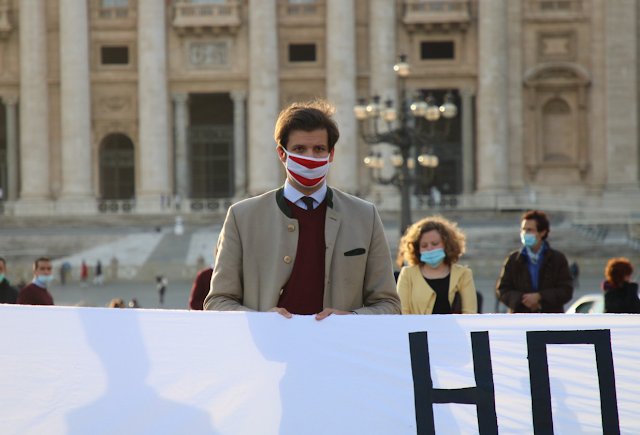 A forerunner of the Antichrist, with his troops gathered from several nations, will fight against the true Christ, the only Saviour of the world. He will shed much blood and will want to annihilate the worship of God to make himself be looked upon as a God. Our Lady of La Salette 19 Sept. 1846 (Published by Mélanie 1879)

VATICAN CITY (ChurchMilitant.com) - Austrian Catholic Alexander Tschugguel took Vatican police by surprise Saturday afternoon as the "Pachamama slayer" unfurled a massive banner in St. Peter's Square asking Pope Francis for "clarity on same-sex unions."Tschugguel led a band of faithful Catholics from Castel Sant'Angelo — where the Catholic convert had dumped five Pachamama idols into the Tiber River during the Amazon Synod — to the Vatican in protest against the pontiff's repudiation of Catholic teaching. As over 50 Catholics knelt praying the Rosary in front of St. Peter's Basilica, hundreds of onlookers gathered to witness the demonstration. A veteran Vaticanist who was at the scene told Church Militant he'd never seen anything like it before and commented how long police took to clear the protest. Source 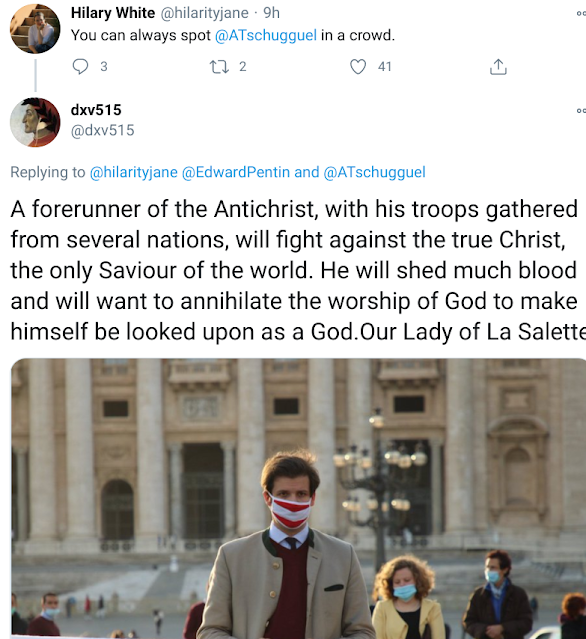