Churches Will Be Locked Up Or Desecrated. Our Lady of La Salette 19 Sept. 1846 (Published by Mélanie 1879)
The Church containing the incorrupt body of St Agatha of Sicily was vandalized, with the body being assaulted and the tabernacle being broken into and the hosts stolen, as well as religious art and depictions of the Blessed Mother being destroyed. Source 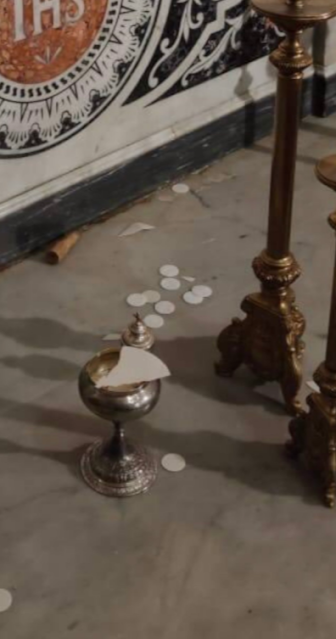 Church Desecrated Twice Within One Month
For the second time within a month, Sant'Agata al Collegio church in Caltanissetta, Sicily, Italy, was vandalised over the weekend.  The tabernacle was broken open, the altar damaged, consecrated hosts were thrown on the floor and trampled on.  Religious art and depictions of Our Lady were destroyed. In the meantime, police arrested two young criminals with whom they found stolen objects. A girl, 20, and boy, 24, were also implicated in the crime which was filmed by surveillance cameras. Source 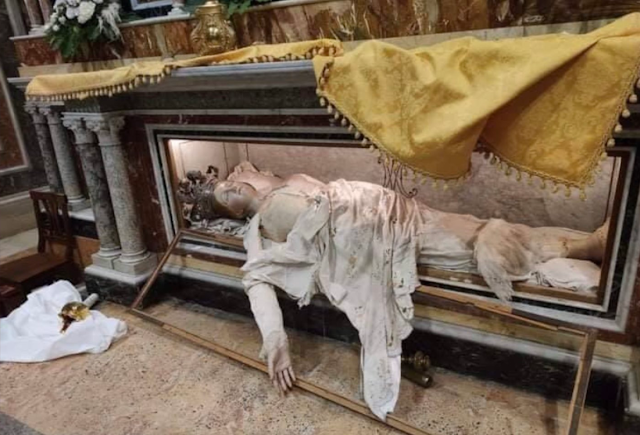