The first was like a lioness, and had the wings of an eagle: I beheld till her wings were plucked off, and she was lifted up from the earth, and stood upon her feet as a man, and the heart of a man was given to her. Dan.7:4

The First Beast is Lioness with Wings of an Eagle

The Starship SN5 prototype has successfully conducted a 150-meter test flight on Tuesday from SpaceX’s Boca Chica test site in Texas. Monday’s opening attempt was scrubbed after the Raptor SN27 engine aborted at ignition. Following an abort early in the window on Tuesday, the attempt late in the window saw SN5 take to the air and land in one piece. The hop was the first flight of a full-scale Starship tank section, clearing the way for SpaceX to attempt higher altitude flights with Starship prototypes.   Source

If that is not an apt description of the Starship SN5...I don't know what is.... 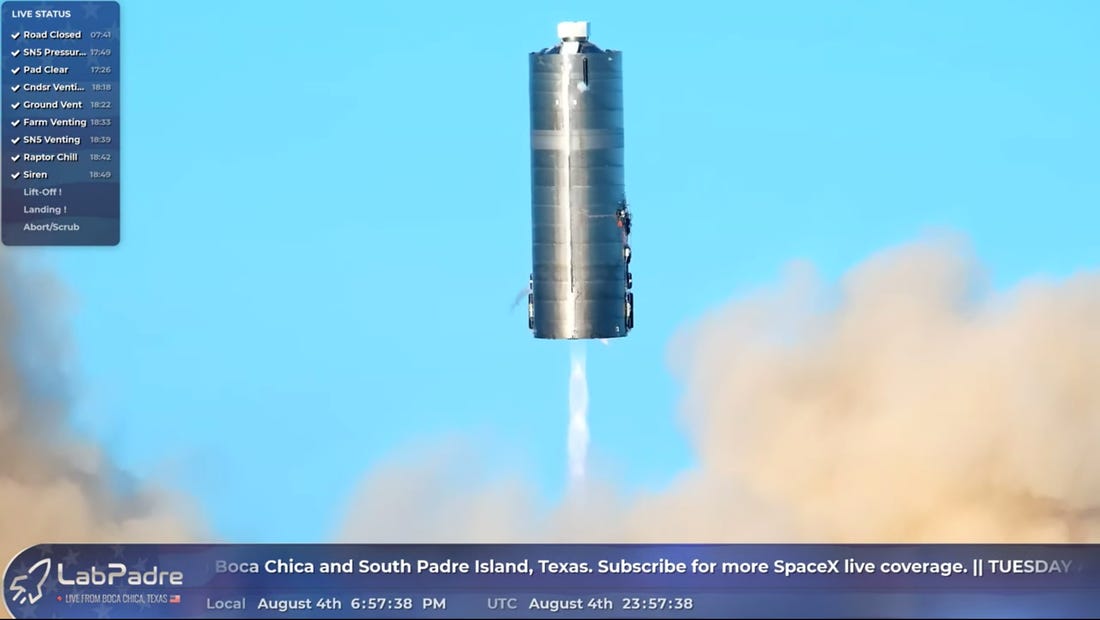