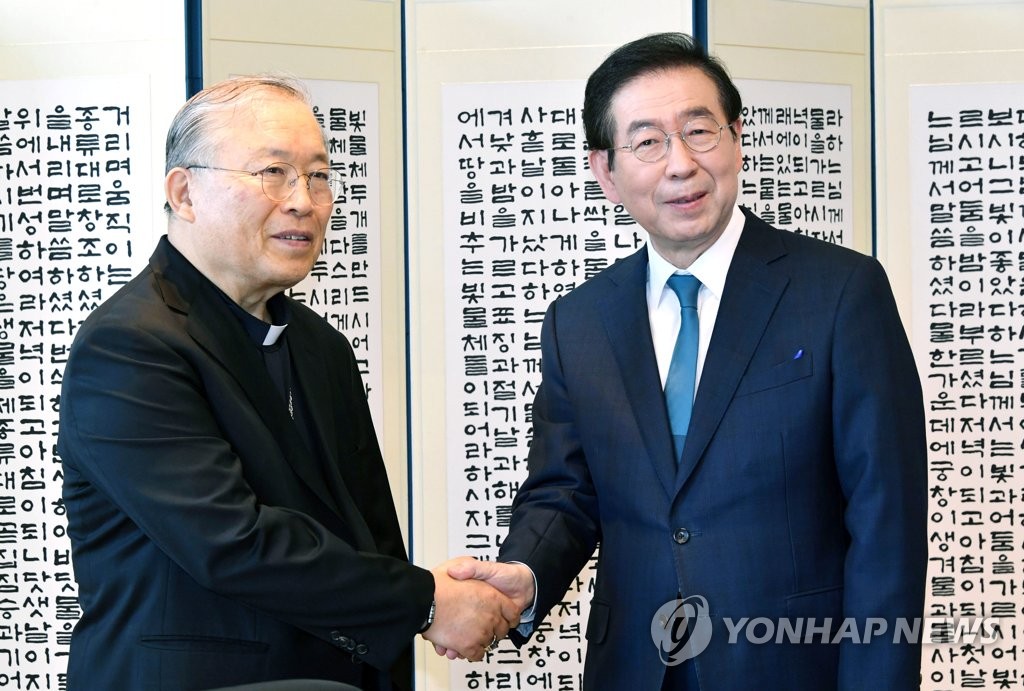 Seoul (CNN)Police in the South Korean capital Seoul launched a massive search operation Thursday after the city's mayor was reported missing. Park Won-soon was reported missing by his daughter at around 5 p.m. Thursday (4 a.m. ET). Park's last cell phone signal was detected in the Seoul neighborhood of Seongbuk-gu, very close to his official residence in Jongno-gu, according to a police official with knowledge of the case. Search teams were scouring Waryong Park, where the mayor was recorded on CCTV footage at 10:53 a.m., along with several other locations in the city, police said. Nearly 600 police officers and firefighters, along with three rescue dogs, were deployed to search for the mayor, police said in a briefing on Thursday night. Source

South Korea’s Catholic congressmen have been invited to care for the poor and weak and commit themselves to a form of politics that serves peace and defends life.

Cardinal Andrew Yeom Soo-jung, Archbishop of Seoul, made the call on Thursday at a Mass he celebrated for Catholic congressmen from across all political parties of South Korea.

Forty-three Catholic congressmen, as well as some staff members of the national legislature, attended the Mass presided over by Cardinal Yeom along with nine priests.

In his homily, the 76-year old cardinal reflected on the turmoil caused by Covid-19 saying, “we once again realize that we are all vulnerable and helpless.”

He cited amply from the “Urbi et Orbi” reflection that Pope Francis delivered during the special moment of prayer he organized in Rome’s St. Peter’s Square on March 27, for an end to the pandemic against which countries were desperately fighting amid an alarming surge of infections and deaths.

“In this world, we have gone ahead at breakneck speed, feeling powerful and able to do anything,” the Pope said at the event. “Greedy for profit, we let ourselves get caught up in things, and lured away by haste. We did not stop at your reproach to us, we were not shaken awake by wars or injustice across the world, nor did we listen to the cry of the poor or of our ailing planet.”

Recalling the Holy Father who in his message for the 2019 World Day of Peace, described politics as an “outstanding form of charity”, Cardinal Yeom urged the Catholic congressmen to care for the poor and the weak. He underscored the Church’s commitment to life and urged the lawmakers to commit themselves to uphold the values of life and enable peaceful coexistence among all.

Park noted that the pandemic has made the life of socially vulnerable groups more difficult. He thanked the cardinal for ensuring the safety of Catholics by holding Masses and other services online.

Cardinal Yeom expressed hope that Catholic congressmen will be united among themselves to help the National Assembly work in unity. Source 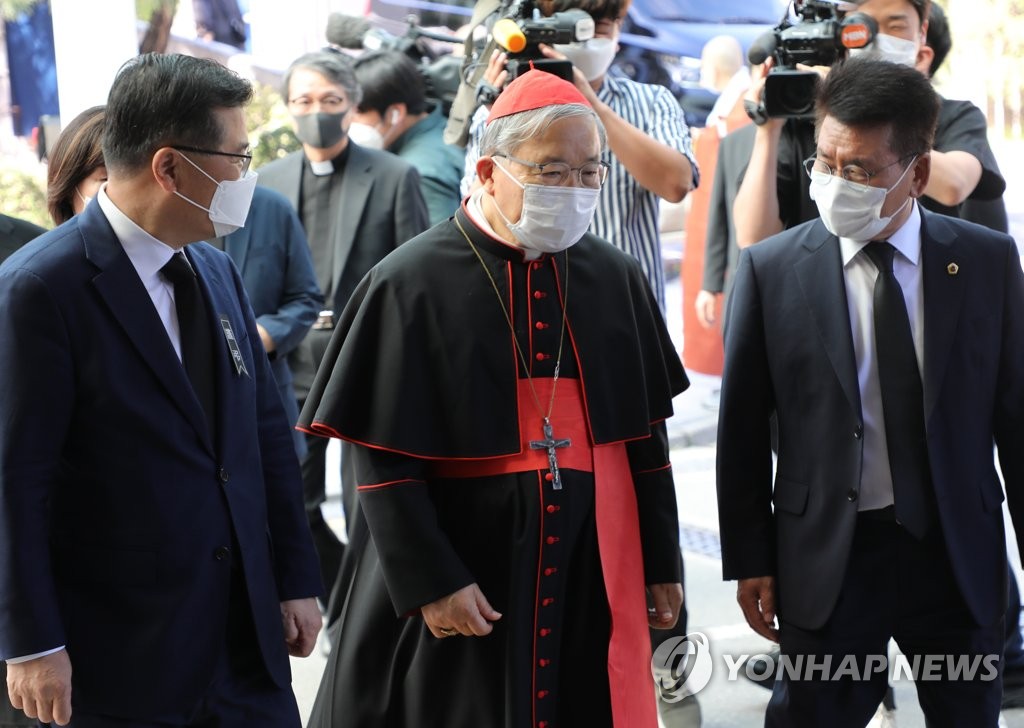