The first was Friday in the Philippines 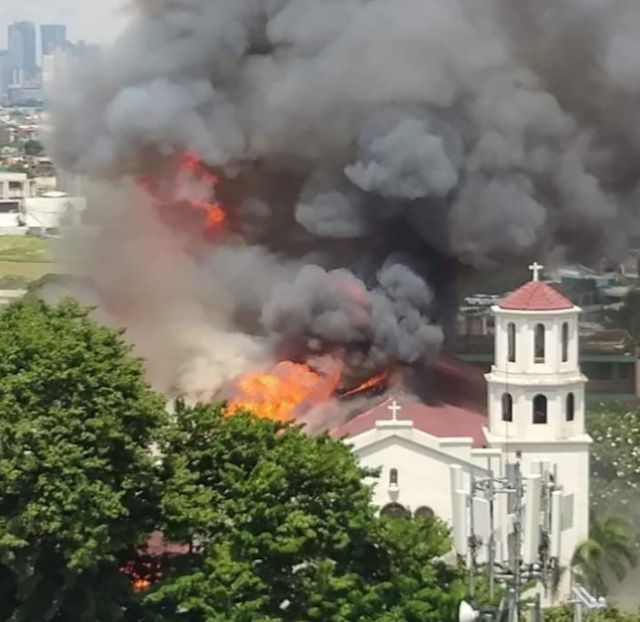 Metro Manila (CNN Philippines, July 10) — A fire gutted the Sto. Niño de Pandacan Parish in Manila on Friday afternoon. The blaze, which started at the back side of the church at around 1:07 p.m, reached the third of an 11-level fire alarm system some 15 minutes later. That means up to 10 fire trucks were dispatched to fight the blaze. The fire caused extensive damage to the church's interior. Part of the roof of the decades-old parish also collapsed, according to the Bureau of Fire Protection. There were no immediate reports of injuries. The fire was put under control at around 1:36 p.m. It was declared out past 2:00 p.m. Authorities are still investigating the cause of the blaze as of this writing. Source 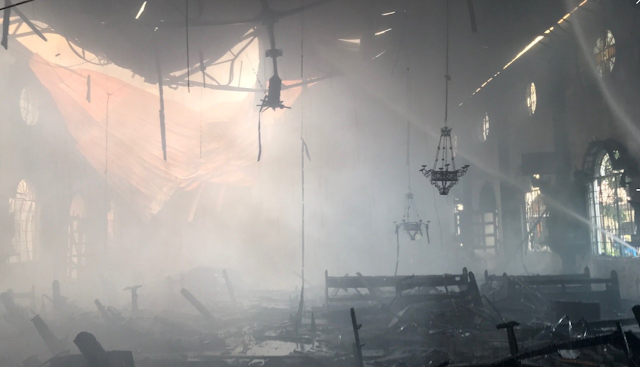 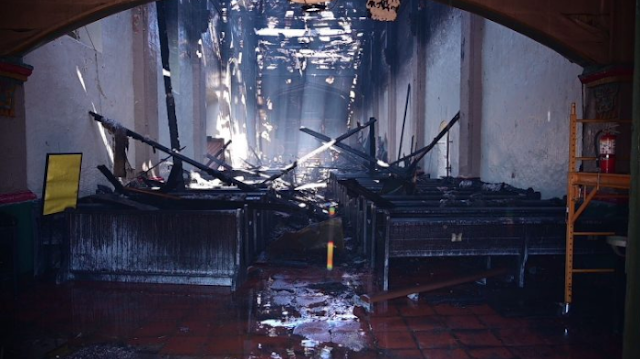 A four-alarm fire at the historic San Gabriel Mission demolished the 249-year-old structure’s wooden roof and much of its interior today. A fire alarm at 4:25 a.m. sent firefighters to 428 S. Mission Road, where arriving firefighters reported a large column of smoke and fire coming from the corner of the roof. The fire was knocked down at 6:48 a.m. and no injuries were reported. Fire investigators were at the scene and have yet to make entry because of concern over the church’s structural integrity. The mission was founded by Franciscan priest Junipero Serra in 1771 in San Gabriel, a few miles southeast of Pasadena. Robert Barron, auxiliary bishop of the Archdiocese of Los Angeles, tweeted: "Friends, I was deeply troubled to learn that the historic San Gabriel Mission church in Los Angeles was seriously damaged by a fire early this morning. The Archbishop of Los Angeles is on the scene." The cause of the fire is under investigation. Source

MARION COUNTY, Fla. – A driver plowed into a Florida church and then set it on fire as parishioners prepared for mass Saturday, but no one was hurt, authorities said. A potential suspect is in custody. The Marion County Sheriff's Office told reporters that a man crashed a minivan through the front doors of Queen of Peace Catholic Church in Ocala at about 7:30 a.m. as those inside prepared for morning services. The man got out and threw some kind of incendiary device, causing a fire that resulted in extensive damage to the building. The man drove off but was stopped by deputies nearby. He was being questioned and no charges had been filed early Saturday afternoon, authorities said. The man's name has not been released and no further details were immediately available. The federal Bureau of Alcohol, Tobacco and Firearms is helping with the investigation. The Diocese of Orlando released a statement Saturday following the incident:

“We praise God that no one was injured. We join in prayer for Father O’Doherty, the parishioners of Queen of Peace Catholic Church, our first responders and the gentleman who caused this damage. May we come to know the Peace of the Lord.Masses will resume as normal in the parish hall beginning this evening.” The Diocese of Orlando