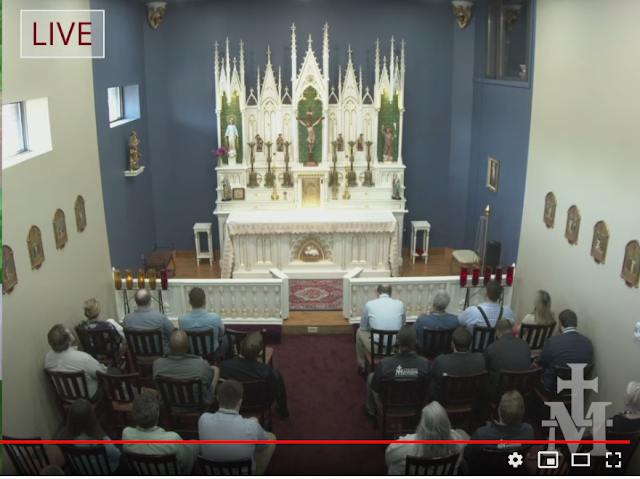 Pious Mike and the boys don't kneel for the Rosary....

On Thursdays they pray the Luminous Mysteries