Rad Trads Attack The Ninth Article Of The Apostles Creed: I Believe In One Holy Catholic Church.... 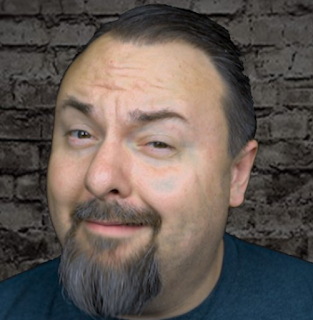 
Certain & infallible proponent, or directing cause is Church-authority, which Church that it may infallibly direct us, & we securely rely upon it; first, Jesus Christ selected, and made it, not only his inheritance, Which he hath chosen; Or his house which he builded and governed; or his Temple of which himself is Priest: but also, his dearest spouse; which he espoused to himself alone in faith and truth; As a Virgin pure and unspotted, without corruption; Yea, as his own body; And one body with him; Which as head he nourisheth cherisheth, and sanctifieth, making her glorious without spot; And which he hath purchased with his precious blood.

Secondly, he priviledged it first with his own presence, promising to be with it all days, even to the consummation of the world.  Next, with the presence of the Holy Ghost, The spirit of truth, that he may abide with you forever; And shall not depart out of thy mouth, and out of the mouth of thy seed, and out of the mouth thy seeds seed for ever. And for what end? That he may teach you all things; That spirit of truth, shall teach you all Truth.

Thirdly, he armed it with all power authority; To remit, or retain all sins, to bind or loose whatsoever is to be bound or loosed in earth or in heaven; to correct & punish with the rod correction; To excommunicate and deliver up to Satan; And to determine all questions, or controversies, as it should seem good to the Holy Ghost, and it.

Fourthly, he established and confirmed it; As the pillar and foundation of truth, that being in itself grounded in truth, and also grounding others in the same, it should stand so firmly, that the gates of hell shall not prevail against it.

Fifthly, he gave to it commission and charge to teach all nations, and to preach the Gospel to all creatures.

Sixthly, he gave us warrant and security, that we might safely hear and obey it; He that hearth you, hearth me.

Seaventhly, he gave us charge, and command by precept of obligation, that whatsoever they shall say to you (speaking of the Scribes and Pharisees in Moses chair, but a fortiori, of the Pastors and Prelates in Peters Chair) that do you.

Eightly, he threatens and terrifies under great punishment, first of danger, and of contempt of himself, by contemning it. He that despiseth you despiseth me. Secondly, of infidelity, and loss of his favor and grace; He that will not hear the Church, let him be to thee as the Heathen, and the Publican. Thirdly, of hell and damnation forever; He that believeth not, shall be condemned. J. S. of the Society of Jesus. 1630.

The heresy of the Rad Trads?

Denying the Ninth Article of the Apostles Creed.

Rad Trads do not believe that the Catholic Church is Holy.

The anti-Papacy of Jorge Bergoglio is dividing and scattering the ... This spitting in the face of Christ and the raping of His Holy Church must stop. Ann Barnhardt

Rapping the Bride of Christ?

Ann is denying the Ninth Article of the Apostles Creed.

Ann is claiming that the Catholic Church is not Holy.

Catholic Church on a trajectory straight to hell?

Skojec has also complained that he and others are losing their faith in the Holy Catholic Church because of Pope Francis etc..

So please put your faith and money in Skojec and his ilk.

There are many more examples taken from the Rad Trad Camp.

What to look for?

Rad Trads claiming that they are losing their faith in the Holy Catholic Church because of Pope Francis.

These Rad Trads will then attack the Clergy and Pope.

These LAY Rad Trads will the demand that you look to them for salvation because the Catholic Church is not Holy.

Many of those blogging Rad Trads will read this post (as always) but they will not change their wicked view of the Holy Catholic Church - instead they will give us more examples of their attack on the  Ninth Article of the Apostles Creed.