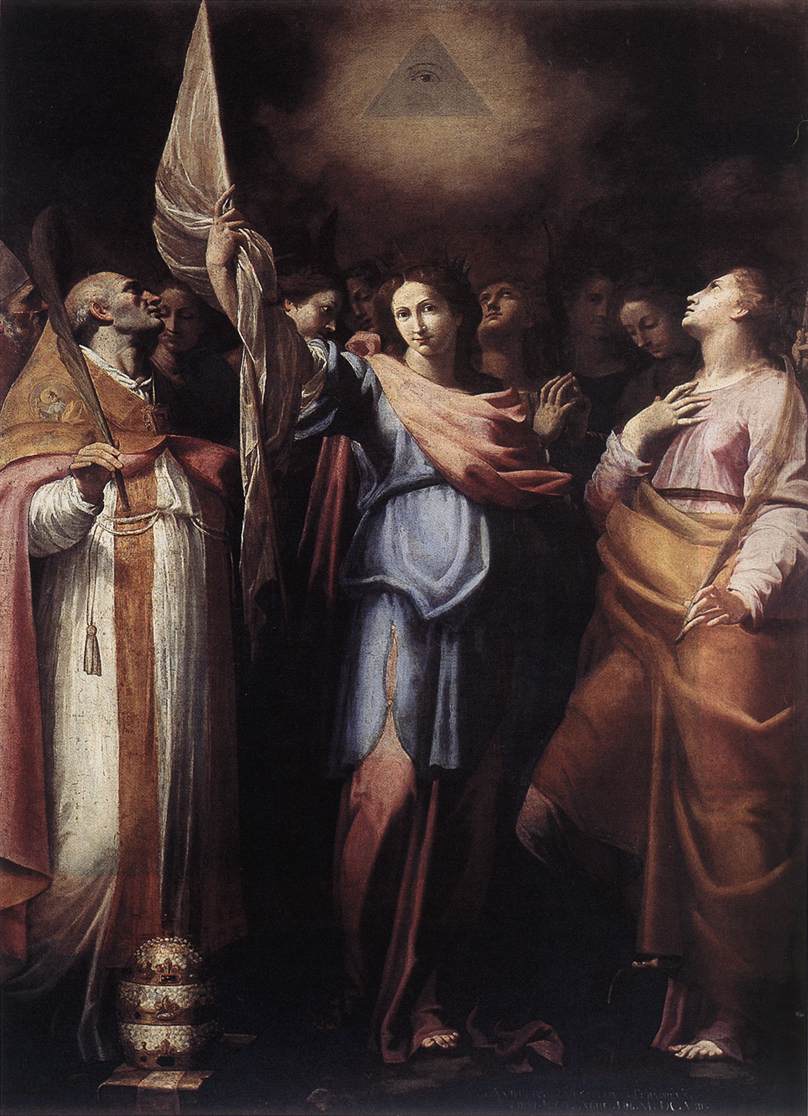 Drilled into their little heads is the fact that Freemasonry started in 1717.

The above painting with the ALL SEEING EYE surrounded by a Triangle was painted in 1608.

That's 109 years before Freemasonry was founded.

Understand that you idiots?

What the hell is wrong with you morons?

Now these demented fools freaked out when they came across this Tweet from the United States Catholic Conference of Bishops (USCCB): 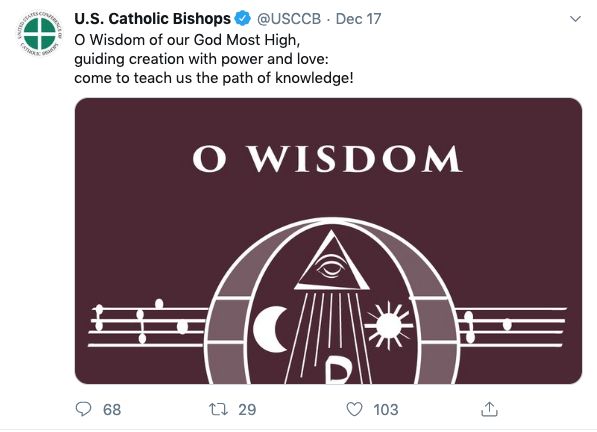 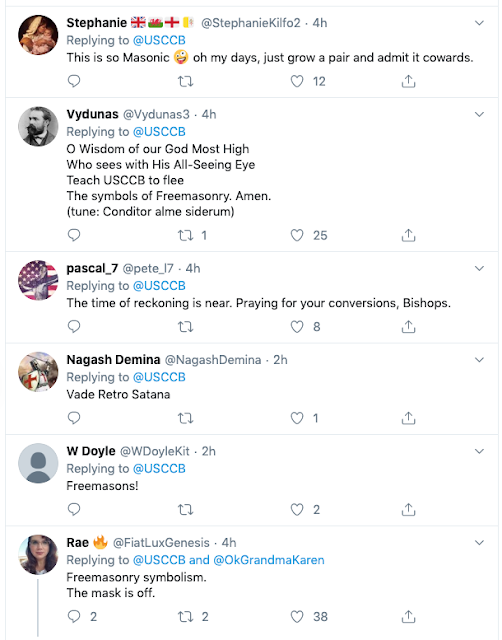 Source for the above nonsense here

Again the Devil steals from the Catholic Church to give gifts his wicked children - the Heretics. It then appears that the wicked children of Satan are in possession of said devotion, image etc. like the all seeing eye surrounded by a triangle which has always been used by the Church to represent the BLESSED TRINITY. Now the Mason have co-opted that image for their own.

But the funny thing is - is that I am starting to think that Satan is stealing from the Latin Mass and allowing his very wicked Children to possess it and make it look as if these wicked Latin Mass pew sitters have always been in possession of the Latin Mass.

These same wicked Latin Mass Pew sitters will one day murder the Fatima Pope and Faithful on top a steep mountain.

Here is the reality on what it takes to transport these two ton slobs up to Castel Gandolfo : 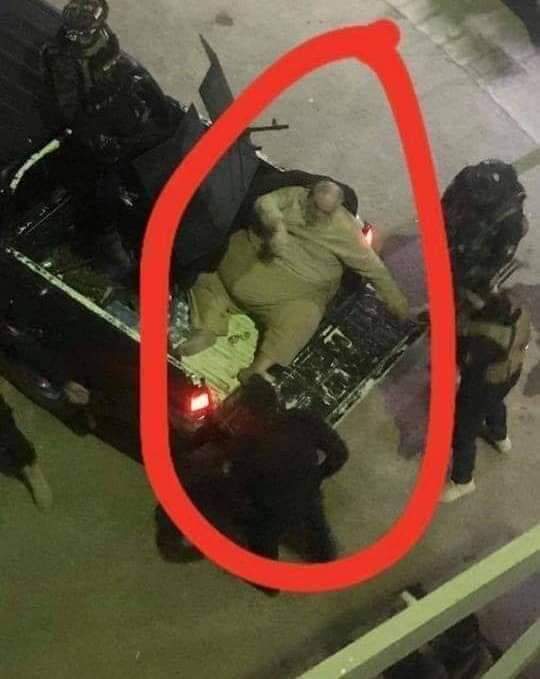