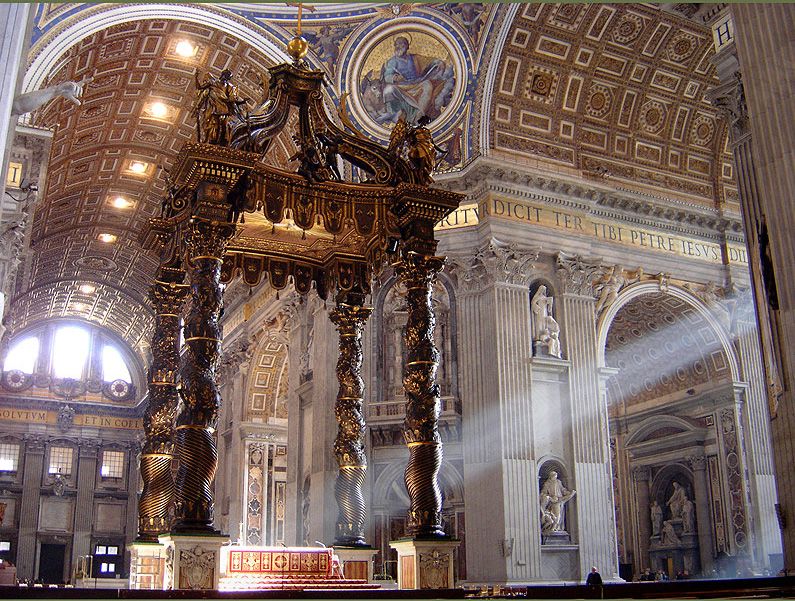 What's the difference between a Muslim Immigrant and a Rad Trad?

Was this a Muslim immigrant or Rad Trad?...can't really tell...

Will of course correct and update...if and when..

ROME - On Wednesday a man described as “unstable” was reportedly arrested by Vatican police after tossing a candelabra off the main altar in St Peter’s Basilica. According to Italian news agency ANSA, on Wednesday morning a man climbed onto the main altar at the center of St. Peter’s basilica, which sits beneath the famed leafy canopy sculpted by Italian Baroque artist Gian Lorenzo Bernini, and threw a candelabra to the floor. Currently being questioned by the police as to his motives, the man was reportedly stopped outside of the basilica earlier this week after showing signs of being “unbalanced.” Some versions of the event recount that it was the crucifix sitting on the main altar that was tossed off and broken, however, the details have not yet been confirmed. In order to get into St. Peter’s Basilica, it is necessary to go through a security check involving metal detectors and an x-ray of one’s personal belongings. This is not the first time someone has been apprehended for misdeeds on St. Peter’s hallowed ground. Source