Why the CIA doesn't spy on the UAE

(Reuters) - The United Arab Emirates finances the military leader trying to topple a United Nations-recognized government in Libya. It helps lead a coalition of nations imposing an economic blockade of Qatar, despite U.S. calls to resolve the dispute. It hired former staffers of the U.S. National Security Agency (NSA) as elite hackers to spy in a program that included Americans as surveillance targets, a Reuters investigation found this year. And yet, in a highly unusual practice, the U.S. Central Intelligence Agency (CIA) does not spy on the UAE’s government, three former CIA officials familiar with the matter told Reuters, creating what some critics call a dangerous blind spot in U.S. intelligence. The CIA’s posture isn’t new. What’s changed is the nature of the tiny but influential OPEC nation’s intervention across the Middle East and Africa - fighting wars, running covert operations and using its financial clout to reshape regional politics in ways that often run counter to U.S. interests, according to the sources and foreign policy experts. The CIA’s failure to adapt to the UAE’s growing military and political ambitions amounts to a “dereliction of duty,” said a fourth former CIA official. Source 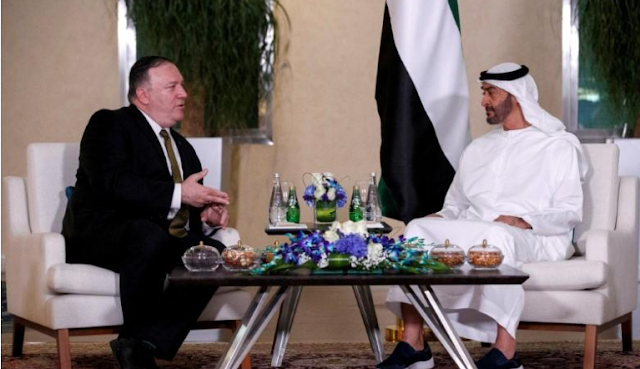 Pope Francis and the Grand Imam of Al-Azhar, Ahmed el-Tayyeb, signed the Document on Human Fraternity for World Peace and Living Together in Abu Dhabi in February 2019.

Now that document has led the UAE to set up a high committee to spread the principles of tolerance and cooperation, especially through education.


On Monday, the Pope encouraged the committee’s work and thanked the UAE “for the concrete commitment shown on behalf of human fraternity”. He also expressed hope that similar initiatives may spring up in other parts of the world.

“Although sadly evil, hatred, and division often make news, there is a hidden sea of goodness that is growing and leads us to hope in dialogue, reciprocal knowledge and the possibility of building – together with the followers of other religions and all men and women of good will – a world of fraternity and peace.”

The Director of the Holy See Press Office, Matteo Bruni, announced the Holy Father’s appreciation and remarks in a press statement.


Bishop Miguel Ayuso Guixot, President of the Pontifical Council for Interreligious Dialogue, is a member of the UAE committee.

In an interview with Vatican Radio’s Alessando Gisotti, Bishop Ayuso said the initiative is “very important” and that it will help educators get to the heart of the Document on Human Fraternity.

“The opportunity to educate ourselves and others in a culture of encounter, fraternity, and peace means finding the will to redesign the academic and educational programs offered by Institutes and universities.”

Bishop Ayuso said such a rethink of schooling in this context “demands that institutions take care to study, reflect, and present the content of the Document at all levels.”

The high committee, he said, needs to “explore various ways to involve both national and international institutions, as well as religious, academic, and political leaders, all the while seeking to reach young people.”

Bishop Ayuso deflected criticism from some Catholic quarters that the Document on Human Fraternity is a pathway towards syncretism or relativism.

“It is not about creating a ‘melting pot’ in which all religions are considered equal,” he said, “but [recognizing] that all believers, those who seek God, and all people of good will without religious affiliation are equal in dignity.”

He added that the Catholic Church always engages in interreligious dialogue by remembering “the value of her own identity”.

“Pluralism in our societies – not only the religious kind – is a reality that invites us to reflect on our identity, without which authentic interreligious dialogue is impossible.” Source