POPE Viganò The Two Faced Napoleon: Found Filling Her Up At A Gas Station In the Sunzhensky District Of Chechnya... 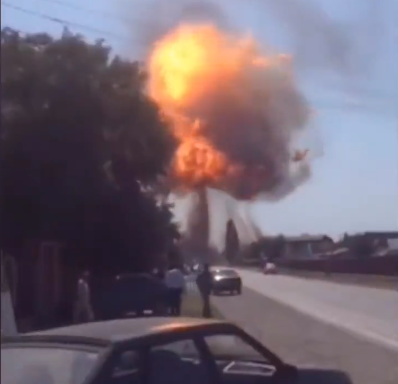 Priests and religious orders will be hunted down, and made to die a cruel death.  Our Lady of La Salette 19 Sept. 1846 (Published by Mélanie 1879)

“The mischievous would attempt his life several times to do harm and shorten his days but neither him nor his successor will see the triumph of the Church of God.  Our Lady of La Salette 19 Sept. 1846 (Published by Mélanie 1879)

“The Holy Father will suffer a great deal. I will be with him until the end and receive his sacrifice.  Our Lady of La Salette 19 Sept. 1846 (Published by Mélanie 1879)

“The Vicar of my Son will suffer a great deal, because for a while the Church will yield to large persecution, a time of darkness and the Church will witness a frightful crisis.  Our Lady of La Salette 19 Sept. 1846 (Published by Mélanie 1879)

Scenario on how Vigano makes himself Pope and Emperor