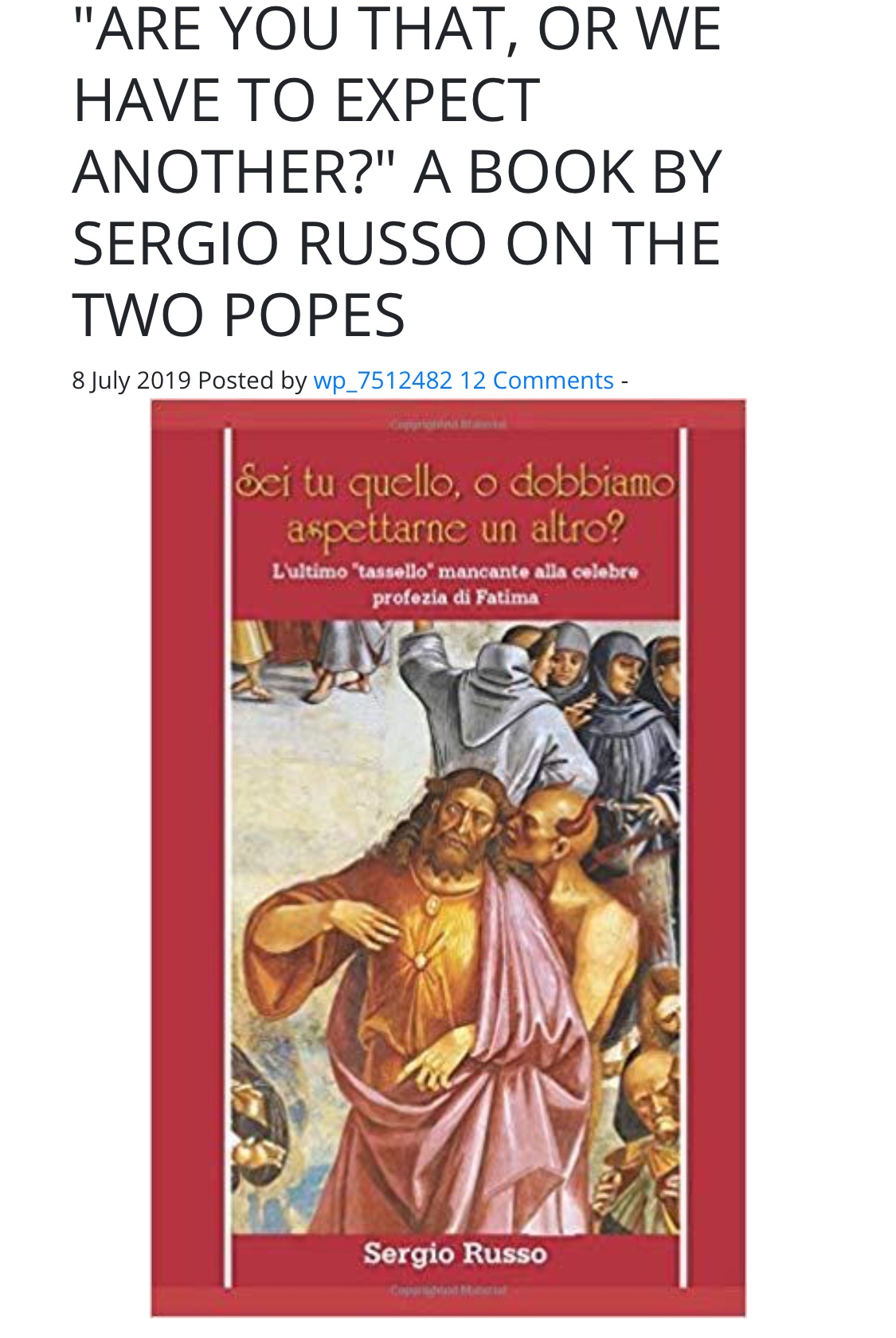 Via Marco Tossati: New Book Released Today in Italy Argues That Pope Benedict is the One and Only Pope, AND that Antipope Bergoglio is the False Prophet Forerunner of the Antichrist  Source

Barnhardtites are so certain that Pope Francis is the False Prophet Forerunner of the Antichrist - but are unable to tell us who the FORERUNNER to the Antichrist.

Oh and who said that the FORERUNNER to the Antichrist needs a False Prophet?