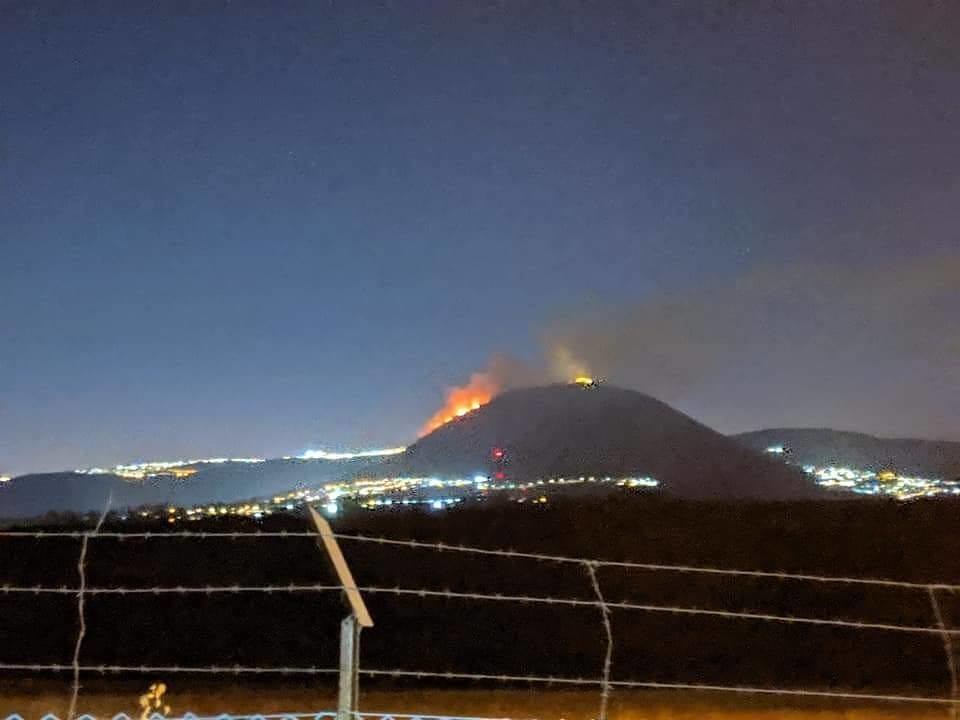 I guess Dr. Taylor Marshall is just as full of DOOM as the Pope.

The same day that Aquinas Scholar Dr. Taylor Marshall's Family leaves the Holy Land flying in the HABITAT of DEMONS of the DARKSOME ATMOSPHERE a fire broke out on Mt Tabor.

The fire occurred on the 25th of July

Dr. Taylor Marshall's Family flew out of the Holy Land just as the fire broke out.

But if a man calls himself a Thomist and then his actions are contrary to Thomism then I would say that that Thomist is not a Thomist at all.

Well if you fly on commercial flights you fly over 29,050 ft.

Well flying over that 29,050ft boundary places you in the Habitat of Demons of the Darksome Atmosphere.

Here let St Thomas Aquinas explain it to you:

So why would a Dr who wrote a book on Aquinas and formed a school called the New Saint Thomas Institute IGNORE St Thomas on the Doctrine on the Habitat of Demons?

Please to all you self-proclaimed Tomist please refute St Thomas on where Demons reside and tell me that flying on commercial flights above 15 cubits above the Mountain Tops does NOT place you in the Habitat of Demons - go ahead and refute that!

Tell me that there are no Demons up there above the 29,050 ft boundary where all commercial flights cruise to get from one place to another.