MUSLIM DOOM! MUSLIMS Offer Only Empty Prayers For Mohamed Morsi In Turkey! MUSLIMS Do Not Offer The External Visible SACRIFICE Of The Holy Mass To God..... Where is their Exterior Sacrifice to God?

Thousands of mourners have taken part in prayers for ousted Egyptian leader Mohamed Morsi in Turkey a day after the ousted Egyptian president collapsed and died in court.  Worshippers packed into squares and mosques in Ankara and Diyabakir to offer prayers in absentia for Morsi, a member of the Muslim Brotherhood who won Egypt's first democratic election in 2012 before being deposed.  Turkish President Recep Tayyip Erdogan was a close ally of Morsi during his short tenure as president, and one of the fiercest international critics of the coup that toppled him.   In Egypt, a small ceremony was held Tuesday to bury Morsi in a cemetery in the east of the capital Cairo after his family said a request for a public burial in his hometown were denied by Abdel Fattah el-Sisi's government Source 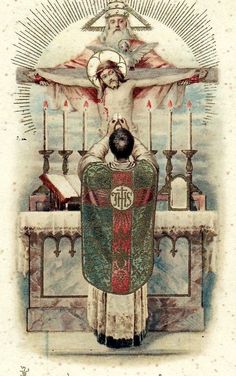 Muslim do not offer Visible Sacrifice to God

Therefore the Muslim world is not protected by God.

I will post the coming DOOM for the Muslim World...