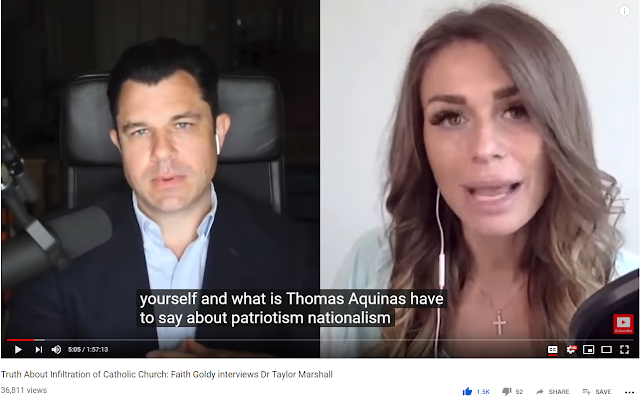 The Forerunner to the Antichrist will be a NATIONALIST according to the words of Our Lady of La Salette.

The Forerunner to the Antichrist and his NATIONALIST Army will murder the Fatima Pope and Faithful according to Our Lady Of Fatima:

So why is a defender of Our Lady of La Salette being interviewed by a NATIONALIST?

In the video Dr Taylor Marshall agrees with the NATIONALIST Goldy that as a Catholic one can embrace Nationalism.