How Many Days In MAY 2019 Before There Is A Need To Pray JESUS PSALTER? How About When We Are Hit With 52 TORNADOES 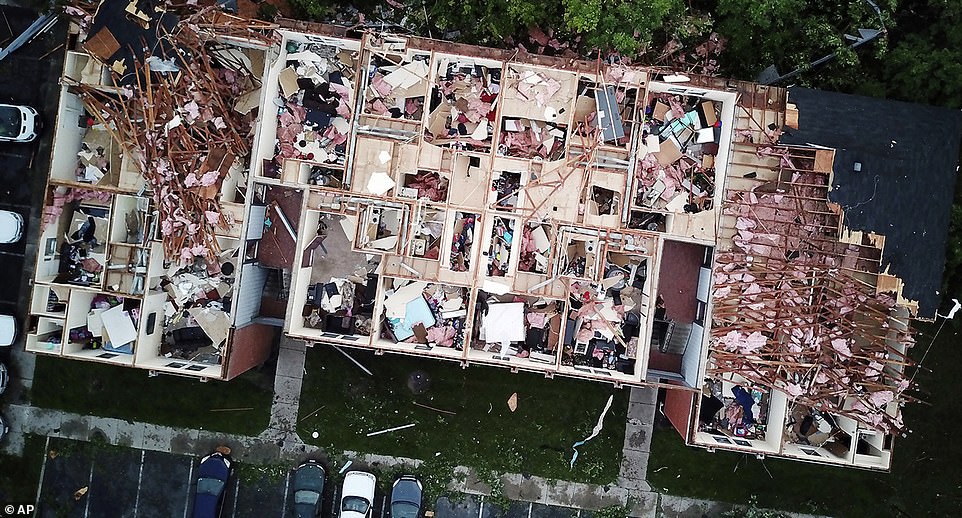 More than FIVE MILLION are left without power across Ohio after 'rapid-fire' tornadoes ripped roofs from homes, with 51 twisters touching down across eight states overnight

More than five million people have been left without power in Ohio alone after 51 tornadoes were reported across eight states overnight.   Residents of Idaho, Colorado, Nebraska, Iowa, Minnesota, Illinois, Indiana and Ohio, are still not in the clear as severe weather is forecast to continue through Tuesday and into Wednesday.  A tally of storm reports posted online by the National Oceanic and Atmospheric Administration's Storm Prediction Center shows that 14 suspected tornadoes touched down in Indiana, 10 in Colorado and nine in Ohio.   Six suspected tornadoes were reported in Iowa, five in Nebraska, four in Illinois, three in Minnesota, while one was reported in Idaho. Source