Is Pope Francis Communicating With Performers Of Miracles? 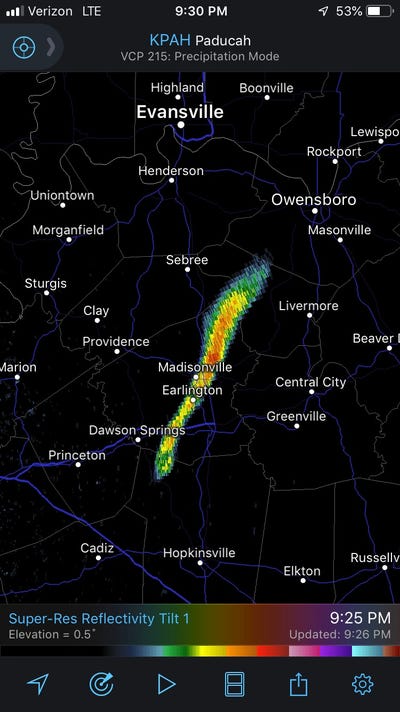 “The demons of the air together with the Antichrist will perform great wonders on earth and in the atmosphere, and men will become more and more perverted.Our Lady of La Salette 19 Sept. 1846 (Published by Mélanie 1879)

Another strange wonder in the Air.

Just before Our Lady said that the time has come when the most astonishing wonders will take place on the earth and in the air - She said this - May the Pope guard against the performers of miracles.

Maybe the Pope is the company of performers of miracles?

Radar mystery hasn't been solved yet

A story from the Courier & Press pointed out that military bases sat near the areas where the blips appeared: Fort Campbell in Kentucky and Scott Air Force Base in Western Illinois. But if this was a case of military chaff, and it did come from a C-130, that plane didn’t come from either of those bases. “Whatever aircraft it was, it was not a Scott Air Force Base craft,” Master Sgt. Thomas Doscher said Tuesday morning. A spokesman for Fort Campbell wasn’t as unequivocal, but said he didn’t know of any such operation. The only way the plane could have come from Fort Campbell, he said, is if it was involved in a secret special forces exercise. Requests for comment from the Federal Aviation Administration and the Evansville airport weren’t returned as of Tuesday afternoon. So questions remain: where did the plane come from? And why was someone supposedly releasing chaff into our atmosphere (aside from the obvious, which is that they were providing cover for a fleet of flying saucers)? Maybe we’ll find out in the next couple of days. But some mystery still lingers. Source