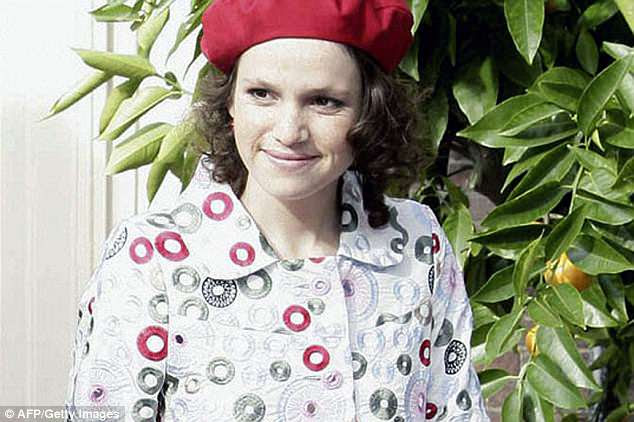 Another example that unworthily reception of communion is punished - usually with death.

This Catholic went the way of Judas - suicide by hanging. Just days after the Kate Spade Suicide - who also killed herself because of her Sacrilegious Communions.

How many Sacrilegious Communions did Inés Zorreguieta commit?

Inés Zorreguieta's Sacrilegious Communions lead her out of the Church to embrace a worldly life of Atheism filled with depression.

Inés Zorreguieta was a psychologist who worked for an office on social policies at the president's office.....

The younger sister of Queen Maxima of Holland has been found hanged at her home in Argentina.  Inés Zorreguieta, 33, was found dead at her apartment in Buenos Aires late on Wednesday night.  A spokesman for the Dutch Embassy in Argentina told La Nacion that authorities 'assume it was a case of suicide.'  Inés is thought to have suffered from depression and mental health issues. Her body was removed from her home in the early of hours of Thursday morning and a post-mortem examination will take place.  She was a psychologist who worked for an office on social policies at the president's office.   Inés was also godmother to Queen Maxima's 11-year-old daughter Princess Ariane.  Source

Will most likely have a Catholic Funeral.

Again Judas was not hindered from receiving the Body of Christ - a few hours after his Sacrilegious Communion he was dead.

No need to get bent out of shape if non-Catholics or Catholics in a irregular marriage receive the body of Christ - These poor souls will eventually be punished for their Sacrilege.