Our Lady of La Salette On It Will Rain With A Fearful Hail Of Animals.......It's Raining Octopus! Sea Creatures Fall From The Sky Over China....... 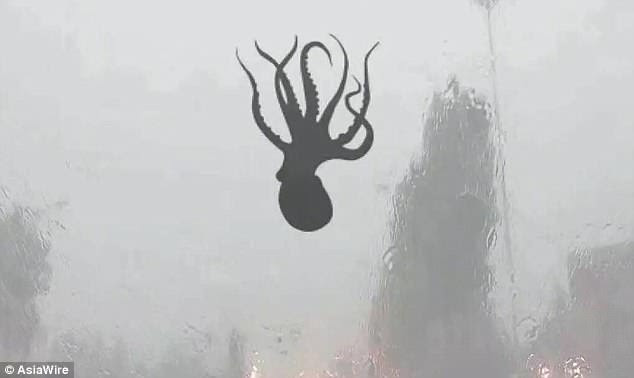 It will rain with a fearful hail of animals. There will be thunderstorms which will shake cities, earthquakes which will swallow up countries. Voices will be heard in the air. Men will beat their heads against walls, call for their death, and on another side death will be their torment. Blood will flow on all sides. Our Lady of La Salette 19 Sept. 1846 (Published by Mélanie 1879)


It's raining octopus! Sea creatures fall from the sky after being 'sucked from the ocean by a waterspout and carried into coastal city' during powerful storm in China

Incredible photos have emerged from China that show octopus and other sea creatures raining from the sky after being sucked out of the ocean by a violent storm. The images were taken in the coastal city of Qingdao in eastern China's Shandong Province on Wednesday. Although the images may seem unlikely, fish can be sucked from the sea by tornado-strength winds which form a waterspout. The animals sucked up with the water can be deposited hundreds of yards or even miles away after being released by the wind. Recent examples of the phenomenon include a 2017 incident in Mexico in when fish rained from the sky in the town of Tampico, and a downpour of fish in the town of Kerala, India in 2008. Source 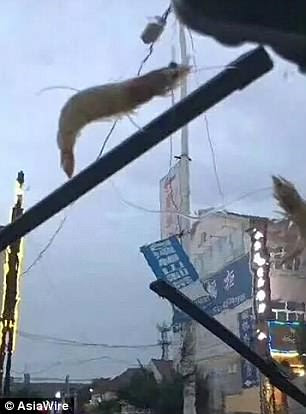 What weather phenomenon could have made it rain octopus in China?

This strange weather incident is believed to occur after tornadoes over water - called waterspouts - suck fish or other animals into the air.

They are blown around until windspeeds slow enough to release them to the ground.

The phenomenon has been reported since ancient times, also involving other flightless animals like toads and frogs.

In May of this year, Oroville, a city in northern California experienced rains with dozens of carp.

There is a long history of strange animals raining from the sky, with these strange occurrences among the most notable:

1st Century: Pliny The Elder wrote about storms of frogs and fish

1794: French soldiers stationed in Lalain, near Lille, reported toads falling from the sky during heavy rain.

1876: A woman in Kentucky reported meat flakes raining from the sky. Tests found the meat was venison.

1974: A rain of spiders falls on the Australian town of Goulburn.

1976: In San Luis Opisbo in California, blackbirds and pigeons rained from the sky for two days.

2008: A mysterious rain of fish falls on a village in Kerala, India