Waited for the Doom - didn't expect it would happen in PERU for the second time.

On Sunday 18 February Pope begins his spiritual Retreat with a Bus ride:


Francis begins his spiritual retreat in Ariccia with the Roman Curia

As usual, the Pope and the prelates travel together by coach. “I wish you all a fruitful Lenten journey, and I ask you to pray for me and my collaborators as we begin our week of Spiritual Exercises". So @Pontifex tweeted a few hours before arriving to Ariccia (Rome). The Pontiff arrived at the Casa Divin Maestro around 4:45. The Spiritual Exercises will begin In the evening. As usual, the Pope, along with the prelates who go in retreat with him, left from Casa Santa Marta by coach. This year Lenten retreat’s theme is "Praise of thirst" and the meditations will be led by Father José Tolentino de Mendonca, vice-rector of the Catholic University of Lisbon and consultor of the Pontifical Council for Culture. The first meditation is already scheduled for tonight. From tomorrow until Thursday, February 22nd, the days at the House of the Divine Master will be marked by the morning mass, catechesis and moments of prayer. The Spiritual Exercises will end on Friday, February 23rd in the morning. Then the Bishop of Rome will return to the Vatican. Source

On Thursday 21 February 44 die in Bus accident in Peru: 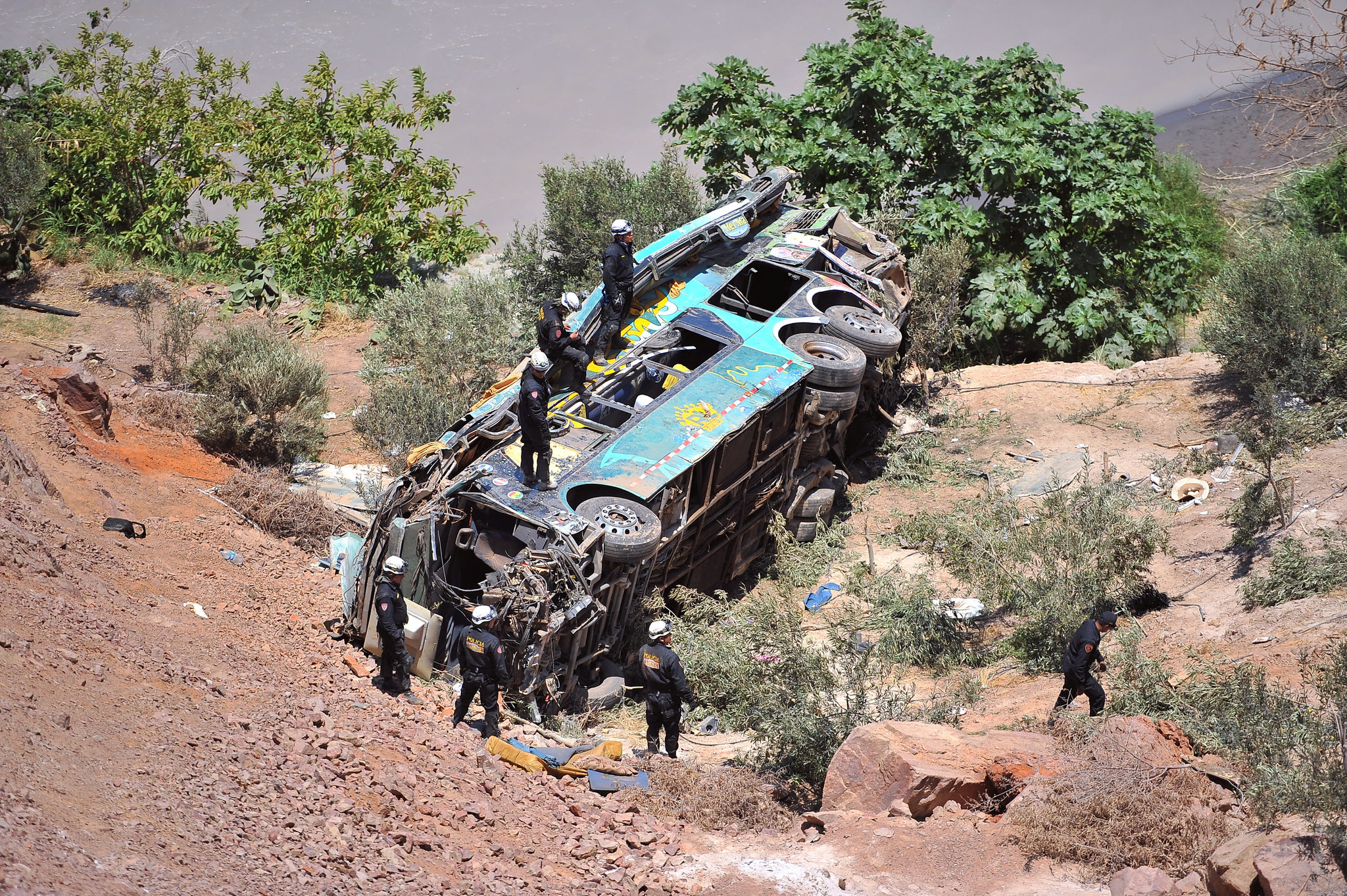 At least 44 die in Peru after bus plunges into ravine

LIMA (Reuters) - At least 44 people died in Peru on Wednesday when a bus hurtled some 100 meters into a ravine in the mountainous south in the country’s second major bus crash this year, a local official said. “According to a report from the Peruvian National Police, there are 44 confirmed deaths as of now,” Yamila Osorio, the governor of the Arequipa region, wrote on Twitter.  The bus was carrying some 45 passengers, according to operator Rey Latino, but police said the figure was likely higher because additional passengers boarded along the route and did not appear in the initial register. The crash occurred on a curve on the Panamericana Sur highway in the Ocona district. Road accidents are common in Peru, where roads are considered unsafe and bus drivers lack training.  “My condolences to the relatives of the victims of the transit accident in Arequipa,” President Pedro Pablo Kuczynski wrote on Twitter. “We have taken all steps to provide immediate rescue support and transfer victims to the closest health centers so they can be attended immediately.”  At least 48 people died in early January when a bus collided with a truck and careened off a cliff near the area of Pasamayo on the Pacific coast. Source