TRUMP Is Spreading The ERRORS OF RUSSIA Throughout The World! 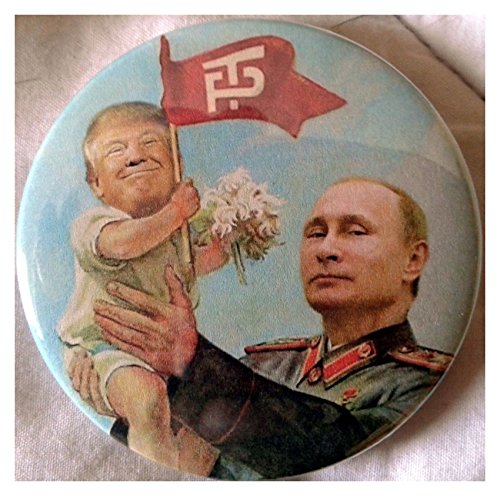 “They do not wish to heed My request, like the King of France, they will repent and do it, but it will be late. Russia will have already spread her errors throughout the world, provoking wars, and persecutions of the Church; the Holy Father will have much to suffer.”

Church Militant: Our Lady of Fatima in 1917 called for the conversion of Russia, or else Russia would spread Her errors. Source

Fr. Gruner's Fatima Crusader: If we do not heed Her soon, then Our Lady’s terrifying prophecy may well be realized in the near future even in our own back yards.  She told us that God had chosen to use Russia as the instrument of chastisement to punish the whole world if we did not, by our prayers and sacrifices, and obedience to Her requests (especially those requests for consecration and reparation) obtain the conversion of Russia to the Catholic faith.  She promised us, “If My requests are granted, Russia will be converted and there will be peace”.  But She also warned us, “If My requests are not granted, Russia will spread her errors throughout the world raising up wars and persecutions against the Church, the good will be martyred, the Holy Father will have much to suffer, various nations will be annihilated.”  She has told us that the whole world (the part surviving) will be enslaved by the atheistic tyrants of Russia. Source

And most Latin Mass Traditionalists know that Russia will spread her errors because Our Lady's requests for consecration of Russia have not been carried out.

So let the punishment begin!

Terry Nelson: I think it's becoming clearer the longer Trump is in office.  It seems to me his fascination with the Russian leader stems from his desire to emulate Putin's style of governance, and exercise of power.  (Trump doesn't have people killed, he just fires them and shames them by character assassination, to some extent.) Source

Funny. Those who want the Pope to Consecrate Russia: