Duterte: "I Will Destroy The Catholic Church! I Will Protect Marawi MOSQUES!" 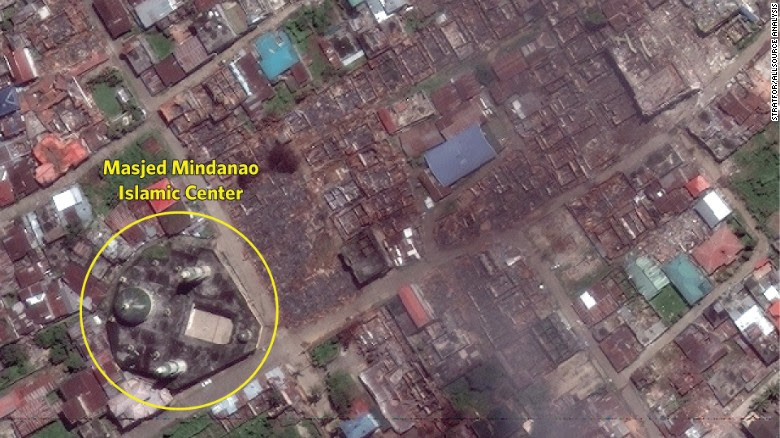 Where do MUSLIM terrorists hide during the Marawi bombing campaign? Well they hide where Duterte gives them a safe haven:

One of the only buildings that remains standing in this image is the Masjed Mindanao Islamic Center, in what could have been a deliberate move by authorities. "The Philippines has taken on a similar approach to US in modern conflicts, trying not to damage the mosques so not to be perceived as waging a war on Islam, not the militants," CNN

Of course the Catholic Church is destroyed. 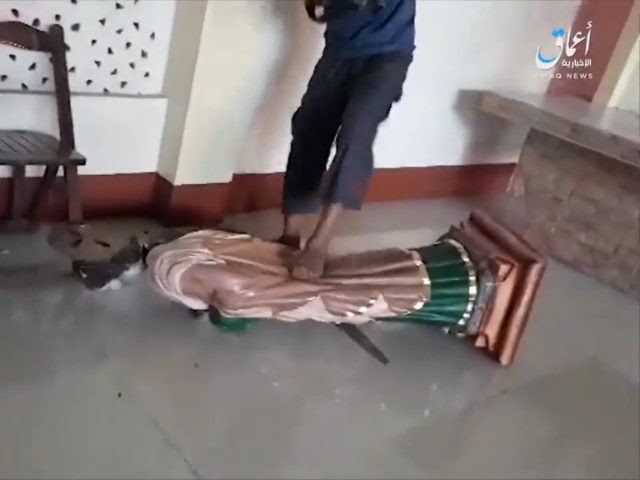