Today on the very day the Lake Garda Symposium opens there is a fiery bus crash in Germany. 18 dead and 30 injured. The Bus was headed to Lake Garda:

Eighteen people have been killed when they were trapped inside a tourist coach that caught fire after it collided with a slow moving lorry on a German motorway. Thirty people were injured in the crash, which occurred shortly after 7am local time near the town of Stammbach, 56 miles northeast of Nuremberg, police said. Some were seriously injured. ​ The bus was carrying a party of holidaying German pensioners on their way to Lake Garda in Italy, and most of the victims were aged between 66 and 81, according to police. All the dead were believed to be German citizens. Horrific accounts emerged of bodies found charred beyond recognition in the wreckage of the tourist bus. The coach driver was among the dead. The driver of the lorry, who survived, said no one had been injured in the initial crash, but that the two vehicles caught fire almost immediately and many of the passengers were trapped inside. The lorry was packed with beds and pillows which quickly caught fire and fed the inferno. Alexander Dobrindt, the German transport minister, said after visiting the scene the heat had been so intense that nothing was left of the bus but metal. Telegraph>>>>>>> Roman Forum 2017: Setting Right a World Turned Upside Down
We are pleased to announce the program of the 2017 Roman Forum Summer Symposium. This annual symposium on the shores of Lake Garda is an important gathering of traditionalist intellectuals that has recently produced notable statements On the Ecclesial and Civilizational Crisis and Regarding the “Catholic” Apotheosis of Luther. We urge our readers to attend the symposium, or, if they are unable to attend, at least to support it through prayers and donations. Source 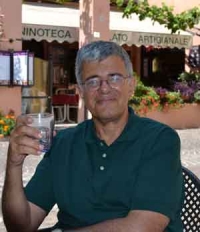